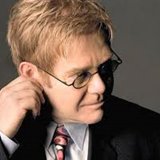 Elton John believes all gay men carried an “internalized stigma” while he was growing up. Elton singer grew up in Middlesex, England and hid his sexuality from his family and friends for years. Even when he achieved fame with his flamboyant persona and catchy songs in the 70s, Elton kept the truth from everyone and he admits the psychological impact was hard to handle.
“As a gay man growing up in the 1950s and 60s in England, internalized stigma was something all gay people carried,” he told The Sunday Times Magazine. “When you are taught from the time you are too young to understand that homosexuality is something dirty, broken, an aberration, even ridiculous, it seeps into your soul. It’s harder to protect or care about yourself, and it makes people who would otherwise be close to you move away.”
Elton finally revealed his sexuality in 1988 after splitting from wife Renate Blauel and in 1993 he began a relationship with David Furnish. The couple entered into a civil partnership in 2005 and on their ninth anniversary in December 2014 after gay marriage became legal in England, they married in front of friends and their two sons. Throughout their relationship, the couple have worked hard to raise funds for HIV/Aids prevention programs with Elton setting up the Elton John Aids Foundation in 1992. But despite the millions of pounds they have raised, Elton knows that in many countries, gay men still struggle with the internal stigma that he dealt with decades before.
“This is what’s happening in dozens of countries in Africa where homosexuality is criminalized, with the result that LGBT communities are too terrified of being ostracized, or worse, beaten up, imprisoned or killed, to get HIV testing and treatment.”
Thankfully the Foundation has been given $5 million from the President’s Emergency Plan for Aids Relief to jointly set up counseling services for HIV treatment centers in 10 African countries where homosexuality is repressed by the state.
“Every project, trip, speech or fundraiser, every time I meet someone living with HIV, visit a clinic or cuddle a baby that has been born HIV-free – reinforces that being part of something much bigger than you is what makes life worth living,” he said.

Will Smith has confirmed that he will be going out on the road with DJ Jazzy Jeff. Smith told Ellen DeGeneres of his upcoming plans, although he didn't set any time frame for when the dates might be expected. Smith and his musical partner, DJ Jazzy Jeff, never had a chance to tour when they were riding the charts because of the success of Will's series Fresh Prince of Bel-Air. "We never actually had a chance to go out and […]