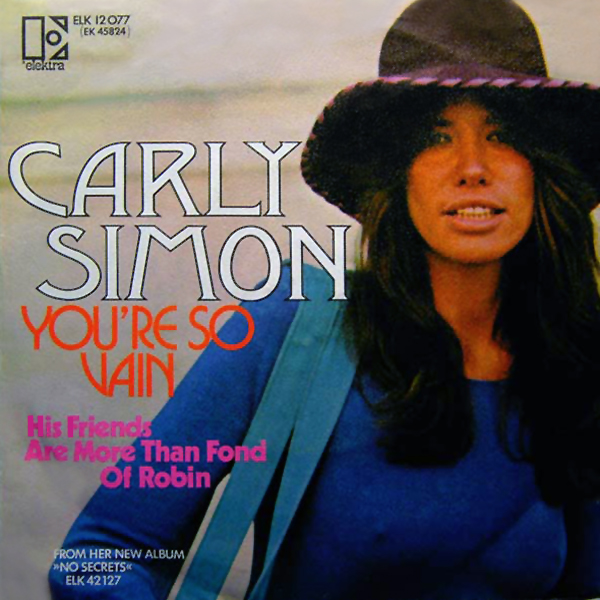 You’re so vain, Warren Beatty, you probably think this story’s about you. And you would be partially correct.
In anticipation of her upcoming memoir, “Boys in the Trees,” singer Carly Simon talked to People about her iconic 1972 song “You’re So Vain” and the fact that part of it is about actor Beatty, a former love of Simon’s.
“I have confirmed that the second verse is Warren,” Simon said.
The second verse includes the lines: “You had me several years ago when I was still quite naive, Well you said that we made such a pretty pair and that you would never leave; But you gave away the things you loved and one of them was me…I had some dreams, they were clouds in my coffee.”
The 70-year-old singer has previously said that the song isn’t about Beatty and then said it’s a little about him. She and Beatty dated briefly in the early 1970s, and she told People that “Warren thinks the whole thing is about him!”
For more than four decades, fans have wondered about the inspiration for the tune, and she’s even given clues before. Simon said some of the other verses refer to two other men whom she declined to name.

P.F. Sloan, the songwriting great behind classic singles like Barry McGuire's "Eve of Destruction" and Johnny Rivers' "Secret Agent Man," passed away Monday night after a short bout with pancreatic cancer, the musician's representative confirmed to Rolling Stone. Sloan, who was born Philip Schlein, was 70. "Phil was a key element on the music that became the sound of the Sunset Strip. Phil was a true prodigy, signing his first record deal with Aladdin Records when he was thirteen," Sloan's […]