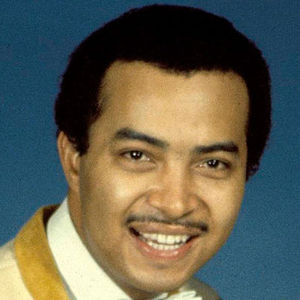 William Guest, R&B singer and member of Gladys Knight & the Pips, has died of congestive heart failure in Detroit according to The Associated Press. He was 74.
Guest joined Gladys Knight and her brother Merald “Bubba” Knight in 1953 to form the R&B/soul group Gladys Knight & the Pips in Atlanta, Georgia. His background vocals can be heard on hits like “I Heard It Through the Grapevine” (1967) and “Midnight Train to Georgia” (1973). He was a member of the group until they disbanded in 1989.
Over the years they won multiple Grammy and American Music Awards and were inducted into the Rock and Roll Hall of Fame in 1996 and the Vocal Group Hall of Fame in 2001.
Guest co-wrote his autobiography, “Midnight Train From Georgia: A Pip’s Journey” with his sister-in-law Dhyana Ziegler. It was published in 2013.
“I am so glad we finished the book, so his wonderful life and legacy will be celebrated throughout eternity,” Ziegler told The Associated Press. “I loved my brother so much.”
In addition to Ziegler, Guest is survived by other family, including his daughter, Monique Guest, who said in a statement, “My heart is broken, but I know his legacy will live on.”

Paul Anka is the latest artist to pull out of European shows, although he made the move a month after most other artists. A long list of tours were postponed or cancelled after the Paris terrorist attack but things seem to have settled down in the last week or two. A number of artists are back on the continent. U2 played their shows in Paris that were scheduled the nights after the attack. Anka, though, seems to indicate that he […]