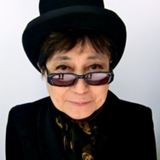 NME is proud to announce it will be honoring Yoko Ono with The Inspiration Award at this year’s NME Awards with Austin, Texas on February 17.
Yoko Ono, who will celebrate her 83rd birthday on February 18, is a true iconoclast who has had a long, varied and illustrious career. She has influenced, inspired and delighted several generations of musicians, artists and activists. These include David Bowie, Nile Rogers, Eric Clapton, Siouxsie and the Banshees, Lady Gaga and Boy George.
David Bowie once said of Yoko: “Yoko’s work is very dangerous. If one is not careful it could get one thinking and may cause one to form an opinion. A subversive notion if ever there was one”.
Yoko says: “Thank you, NME for this great honor. I accept this as your encouragement for me to keep making my “Sound of Music” I love you! Yoko”
Mike Williams, NME editor-in-chief, says: “Yoko Ono’s influence on modern culture is undeniable. As an icon and a rebel, her revolutionary ideas and concepts have subverted cultural norms and boundaries, and she shows no sign of slowing down even as she turns 83. Yoko is a truly amazing inspiration who we’re honored to welcome to the NME Awards with Austin, Texas this year.”
On February 19 2016, the day after her birthday, Yoko will release Yes, I’m A Witch Too, the sequel to the critically acclaimed 2007 collaboration/remix record Yes, I’m A Witch . Yes, I’m A Witch Too features collaborations and remixes pairing ONO with groundbreaking artists Death Cab For Cutie, Peter Bjorn and John and more.

Paul Kantner, one of the giants of the San Francisco music scene, died Thursday. Mr. Kantner, a founding member of the Jefferson Airplane, was 74 and had suffered a heart attack this week. He died of multiple organ failure and septic shock. Mr. Kantner had a string of health problems in recent years, including a heart attack in March. With Jefferson Airplane, Mr. Kantner pioneered what became known as the San Francisco sound in the mid-1960s, with such hits as […]