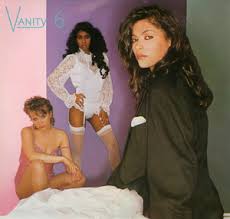 Denise Matthews, who as Vanity fronted the group Vanity 6 but was best known for her collaboration with Prince, has died at a hospital in Fremont, California. Her death was confirmed by Gisela Hernandez, spokeswoman for Washington Hospital Health Care System. Hernandez did not say when Matthews died or under what circumstances. She was 57 years old, according to her biography on the Internet Movie Database.
Matthews was born in Canada and began her career as a model. She took on film roles, playing mostly sultry characters beginning in 1980, including in the movies “52 Pick-Up” and “Action Jackson.” And in 1982 she headlined the group Vanity 6, which had a close association with Prince. The band published only one album, allmusic.com said in a biography on the band. The song “Nasty Girl” became an R&B and dance hit.
In the mid 1990s, Matthews turned her back on the entertainment industry and dedicated herself to her Christian faith, eventually becoming an evangelist. As a devout Christian, she spoke with disdain of her former career, saying she had been miserable throughout it. Another former Prince protege Sheila E, also a professing Christian, said goodbye to Matthews in a tweet.
“I am really sad to hear of Vanity/ Denise Matthews’ passing. I will always treasure our time together. RIP,” British rocker Billy Idol tweeted.
A note on a gofundme page in Matthews’ name describes a battle with multiple health issues.They appeared to center around a kidney ailment and a dialysis treatment that may have led to the often deadly condition sclerosis encapsulating peritonitis, also known as abdominal cocoon.

Barry Manilow was rushed to hospital Thursday night. The 72-year-old singer had undergone "emergency oral surgery" on Monday night, although the reasons behind the operation are not clear. Following a performance in Memphis, Tennessee on Thursday as part of his farewell One Last Time! Tour, Barry had to be rushed back to Los Angeles due to complications stemming from the surgery. The news was announced on Barry's Facebook page, with the statement adding he may well be forced to miss […]