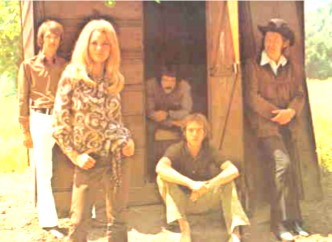 Condolences to the family and friends of Gayle McCormick, described as, “one of the most iconic female singers to define the era of the 60s.” Gayle lost her battle with cancer, and passed away in St. Louis at age 67. She had been a frequent guest on “The Lost 45s” show. With “A Group Called Smith”, McCormick was best remembered for her 1969 release of “Baby It’s You” (a Shirelles remake). It sold over two million copies. Gayle also had a most-loved “Lost 45” as a solo artist, “It’s A Cryin’ Shame” in 1971. Her voice will be missed.

Yoko Ono has not suffered a stroke, despite recent reports. The widow of John Lennon was admitted to Mount Sinai Roosevelt Hospital in New York with “extreme” flu-like symptoms, clarifies her publicist Elliot Mintz. He told People.com that the artist and activist shouldn’t be in the facility for too long. "It was never ever a stroke," he says. "She was suffering extreme flu-like symptoms. Her doctor thought it would be a good idea to go to a local hospital to […]