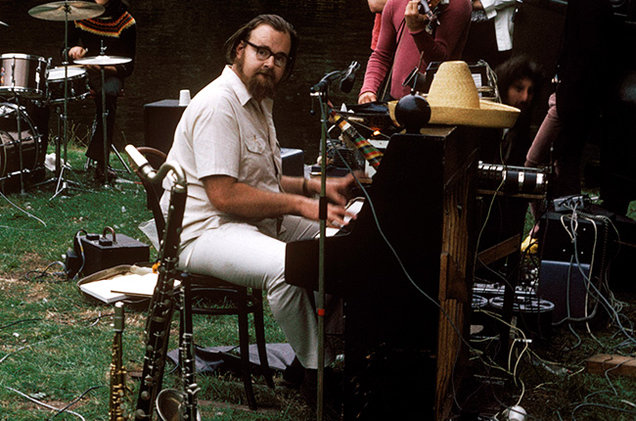 Sad news in the classic rock world. Andy “Thunderclap” Newman, namesake of the British band behind the generation-defining hit “Something In the Air,” died Thursday, March 30 at age 73, according to The Who’s official Facebook page.

“It is with great sadness that we report the death of Andy ‘Thunderclap’ Newman, who passed away yesterday age 73. Rest in peace.

Pete Townshend helped form Thunderclap Newman in the late ’60s and played bass guitar on their recordings under the alias “Bijou Drains.” The band consisted of John “Speedy” Keen, Andy “Thunderclap” Newman and Jimmy McCulloch, who would later join Paul McCartney in Wings for a spell.

Rest in peace Andy ‘Thunderclap’ Newman
— The Who (@TheWho)

“Something In the Air,” which appeared on the band’s only album, 1969’s Hollywood Dream, reached No. 1 on the U.K. singles chart but only No. 37 on the Billboard Hot 100. Regardless, the tune is more familiar to (and beloved by) Americans than many other higher charting hits from the era thanks to its consistent presence on classic rock radio and use in TV and film. Additionally, Tom Petty & the Heartbreakers’ 1994 cover of the classic on Petty’s Greatest Hits album introduced the song to a new audience; that version peaked at No. 19 on Mainstream Rock Songs.

Barbra Streisand has lashed out at America's media for the way reporters are covering Hillary Clinton's presidential run. The longtime gender rights activist and Clinton supporter has accused many U.S. news outlets of "outright sexism" for the way journalists are following the presidential campaign. In an essay for The Huffington Post, Barbra writes: "It's been 24 years since I said in a speech for Women in Film, 'Men and women are clearly measured by a different yardstick. And that makes […]