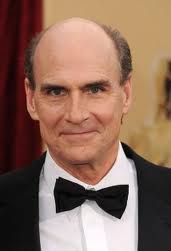 Boston-born musician James Taylor is one of five honorees selected to receive the 2016 Kennedy Center Honors, the arts center announced in a press release Thursday.
Along with Taylor, the Kennedy Center chose actor Al Pacino, rock band the Eagles, gospel and blues singer Mavis Staples, and Argentine pianist Martha Argerich as honorees for their 39th annual awards.
“The Kennedy Center Honors celebrates the spectacular talents of artists whose brilliance has left a lasting impact on our society,” Kennedy Center Chairman David M. Rubenstein said in the press release. “These honorees represent what is possible when creativity is not just cultivated, but unleashed.”
Advertisement
Of Taylor, Rubenstein said in the release: “[His] warm baritone and poetic lyrics embody the art of songwriting, making him one of the defining musical figures of our time and his music the soundtrack of our country.”
Taylor and the rest of the honorees will receive medallions during a December 3 dinner hosted by longtime Massachusetts Sen. and current Secretary of State John Kerry. The following evening, popular artists will take the stage at the Kennedy Center Opera House to perform tributes to the honorees in a star-studded ceremony. A recording of the December 4 ceremony will air on CBS as a two-hour primetime special on December 27 at 9 p.m.
In a fun coincidence, Taylor and fellow 2016 honoree Mavis Staples performed together at the 2012 Kennedy Center Honors, paying tribute to Paul McCartney with a medley of “Hey Jude” and “Let It Be” that moved the Beatle to tears.

Cher has added her support to a campaign to free a lonely elephant who has been kept chained in a Pakistani zoo for 27 years. The Believe hitmaker first became aware of 29-year-old Kavaan when pictures of him in captivity, with only a dilapidated shed for shelter and a small, dirty pond to play in, hit social media. The pop icon and actress sent her representative, Mark Cowne, to check up on the animal, who has been chained up for […]