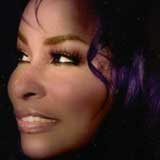 Grammy award winning R&B singer Chaka Khan is canceling her July performances in order to focus on her health, according to her website.The 63-year-old singer will enter into a drug rehabilitation program.”
“Chaka has struggled with a dependence on prescription pain medications and has voluntarily entered the program to get healthy and stay that way,” a message to fans on Khan’s website said Sunday.
She became a household name and was propelled to stardom from the song “I Feel For You,” written and first performed by Prince.
Khan is expected to perform in Atlanta; Atlantic City, New Jersey; Grand Prairie, Texas; and St. Louis starting August 5.
She should be back with a microphone in her hands very soon, as “doctors have urged her to resume recording mid-July and commence all performances beginning August 1st and onward,” the statement said.

Prior to his momentous concert at British Summer Time Hyde Park gig yesterday evening, Stevie Wonder had a heartfelt plea in relation to events in America and Music-News.com was there. "Before I start the concert I'd like to say to all of you a few simple things. In this troubled time I want to say to all of you that I love you all. And I love you because I was blessed to be blind, it was a gift so […]