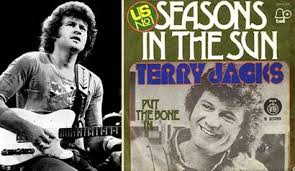 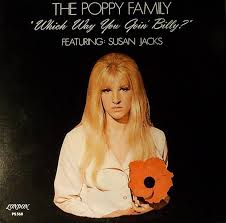 Both former members of the Poppy Family, who hit #2 in 1970 with “Which Way You Going, Billy” are currently in the hospital. Terry and Susan Jacks– long divorced– are hospitalized at this time. Terry has suffered his second stroke in five months and Susan was on life support until recently with kidney problems. She underwent a kidney transplant in 2010. Terry went on to record one of the biggest selling 45s of the 70s, “Seasons in the Sun.” It’s been a favorite on our show since the start. Both have been on “The Lost 45s” show numerous times, Terry even performed his songs at a “Lost 45” Live concert appearance a few years back. Our prayers go out to both halves of the Poppy Family.

Jerry Anthony Corbetta of “Sugarloaf – Green-Eyed Lady” – and of the Rock Music Hall of Fame -- passed away peacefully in his sleep at 2:30 am on Friday, September 16th, 2016 in his hometown of Denver, Colorado. Jerry is survived by our loving son, Kyle James Corbetta (Lake County, California); devoted sister Barbara Rogers and her husband, Jerry Rogers of Arvada; Sister Nancy Grafmeyer, nephews Danny, Mike and Vincent Rogers and their beautiful families, many Aunts and Uncles, […]