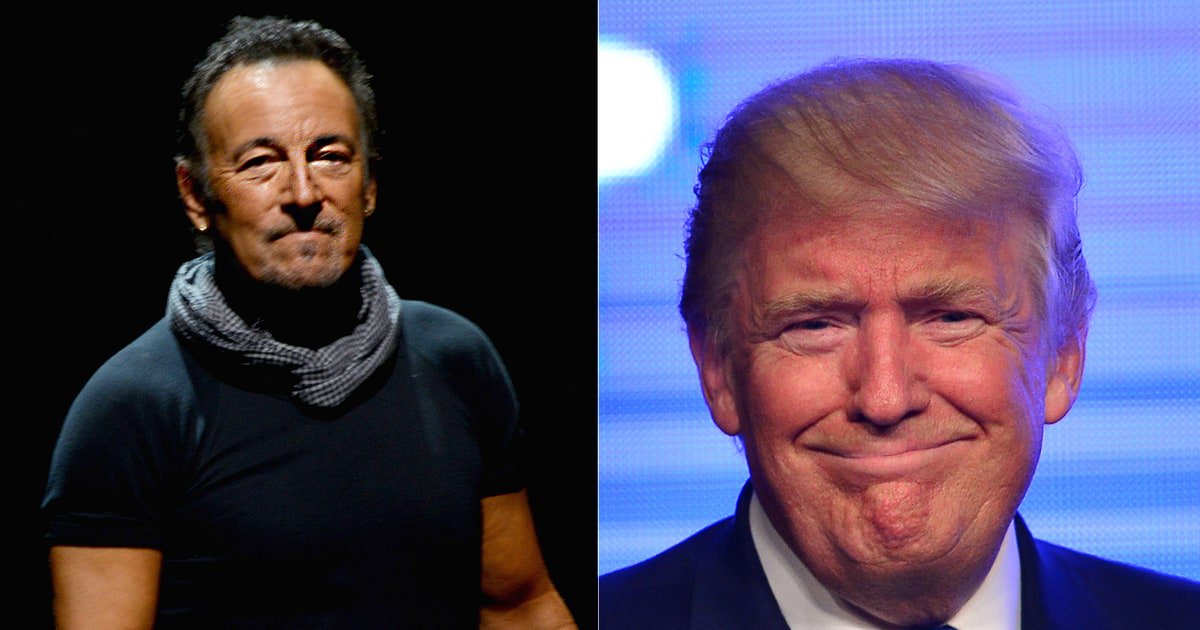 Bruce Springsteen labeled Republican nominee Donald Trump a "moron" during his extensive interview with Rolling Stone, which will appear in the magazine's next issue.
"Well, you know, the republic is under siege by a moron, basically. The whole thing is tragic. Without overstating it, it's a tragedy for our democracy...The ideas he's moving to the mainstream are all very dangerous ideas — white nationalism and the alt-right movement," Springsteen said on the Trump phenomenon.
Although Springsteen believes that he has a "limited amount of political impact" on his audience, he wasn't shy in showing his support for Hillary and said she would be a "very, very good president."

“Peace and Love”. There has rarely been an appearance by Ringo Starr in the last few decades where he didn’t make his favorite declaration. On Thursday, he took that message to a brand new song, Now The Time Has Come, which was written for the U.S.’s International Day of Peace. While Ringo does appear in the video and sings one verse of the song, he also gives up the lead to three others, Richard Page of Mr. Mister, Colin Hay […]