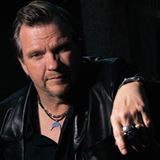 Meat Loaf’s most treasured possession is his rubber duck collection. The American rock star and actor is still performing at nearly 70, despite some health setbacks over the years. Fans travel the world to see him live and bring with them odd gifts, which the musician has kept and built up.
“My most treasured possession is… my collection of rubber ducks,” he told Mojo magazine. “I have around 100 of them. Fans bring them to shows for me. I’ve got some really cool ones – I have (baseball player Derek) Jones, a Frank-N-Further one (from his film The Rocky Horror Show). They sit on the top of my road case in the dressing room every show.”
Meat Loaf, 69, also admits to being obsessed with the board game Monopoly, recalling how he had “no mercy” when previously playing with his daughters.
When the singer isn’t busy with his music he can usually be found planning his next concert, as he confesses he doesn’t do anything else during his spare time other than listen to tunes.
With such a powerful voice and personality many people may assume that Meat Loaf is extremely self-confident. However that isn’t the case, as he explains he has same hang-ups as everybody else.
“I’m embarrassed all the time,” he said. “I can get really self-conscious so sometimes even walking through a hotel lobby I can get shy and embarrassed.”
Meat Loaf also touched upon where he thinks people go when they die, joking that each occupation has its own heaven, e.g. rock heaven, actors’ heaven, and even accountant heaven.
“Unless you’re a really nasty human being that isn’t gracious and has no manners, love or kindness in your heart,” he pointed out. “If you’re that kind of person, you’re going to hell.”

“Peace and Love”. There has rarely been an appearance by Ringo Starr in the last few decades where he didn’t make his favorite declaration. On Thursday, he took that message to a brand new song, Now The Time Has Come, which was written for the U.S.’s International Day of Peace. While Ringo does appear in the video and sings one verse of the song, he also gives up the lead to three others, Richard Page of Mr. Mister, Colin Hay […]