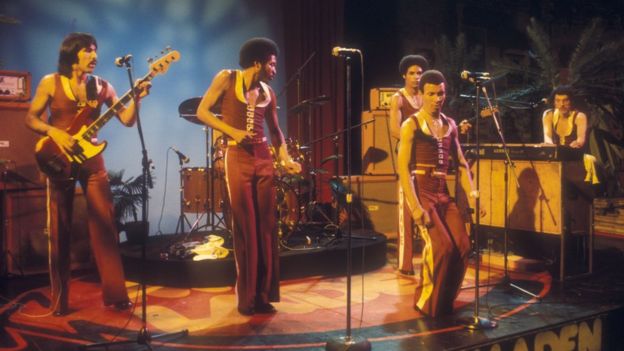 Rod Temperton, the British songwriter best known for Michael Jackson’s “Thriller,” “Off The Wall” and “Rock With You,” has died. Temperton died in London last week at the age of 66 after “a brief aggressive battle with cancer.”
Temperton’s other hits included “Boogie Nights,” “Always and Forever” and “Grooveline” for his band Heatwave.
“His family is devastated and request total privacy at this, the saddest of sad times,” Mr Platt said.
Temperton, whose private funeral has taken place, was nicknamed The Invisible Man because of his low profile.
Those paying tribute include Chic guitarist Nile Rodgers, who tweeted: “Your genius gave us a funkier world!”
Born in Cleethorpes, North East Lincolnshire, Temperton traced his songwriting ability back to his father’s influence.
“My father wasn’t the kind of person who would read you a story before you went off to sleep,” he once said. “He used to put a transistor radio in the crib and I would go to sleep listening to Radio Luxembourg, and I think somehow that had an influence.”
In the 1970s, after a spell working in a frozen food factory in Grimsby, he answered an advert in Melody Maker magazine for a keyboardist. The band he joined was disco group Heatwave, and his songs like “Boogie Nights,” “Always & Forever” and “GrooveLine” became big hits for the band in the 1970s.
By the time he left the band in 1978, his tunes had caught the attention of producer Quincy Jones, who was looking for songwriters for a new Michael Jackson LP.
Temperton penned three songs for “Off The Wall,” which became Jackson’s breakthrough solo album – the title track, “Rock With You” and “Burn This Disco Out.”
He went on to write three more for follow-up “Thriller” – the title track, which became one of Jackson’s signature smashes, plus “Baby Be Mine” and “The Lady in My Life.” They helped make “Thriller” the best-selling album of all time in the US, with 32 million copies sold.
His tunes have also been recorded by artists including Anita Baker, Donna Summer, Aretha Franklin and The Brothers Johnson. Temperton won a Grammy Award in 1990 for his work on Birdland, from Quincy Jones’s album Back on the Block. He was nominated for two Oscars in 1986 for his work with Jones on the soundtrack for The Color Purple.
He once summed up his approach to songwriting: “The first criteria is write something you love first, and once you feel those hairs standing up on the back of your hand, you can go to the world.”

Meat Loaf’s most treasured possession is his rubber duck collection. The American rock star and actor is still performing at nearly 70, despite some health setbacks over the years. Fans travel the world to see him live and bring with them odd gifts, which the musician has kept and built up. “My most treasured possession is... my collection of rubber ducks,” he told Mojo magazine. “I have around 100 of them. Fans bring them to shows for me. I’ve got […]