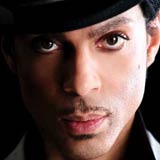 The mayor of Prince’s Minneapolis hometown dubbed Friday Paisley Park Day as his fabled recording compound officially reopened as a museum.
Earlier this month, officials at the Chanhassen City Council postponed the complex’s planned 6 October opening amid concerns about traffic and parking issues. A few tours were still permitted, but many fans who had already made plans to attend the opening were left disappointed.
On Monday, council bosses approved the rezoning request, and as Paisley Park officially opened its doors for business on Friday, Mayor Denny Laufenburger decided to dedicate the day to the venue.
“Prince was known to love all, and today we welcome the world to our city while extending an open invitation for fans to visit Chanhassen and this beautiful music landmark,” he announced in the proclamation.The museum complex includes recording studios where the Kiss icon made many of his hits, musical instruments used on those recordings, and the motorcycle which featured in the cult 1984 film Purple Rain, in addition to costumes, awards and other assorted items of Prince memorabilia.
Fans who did gain access to the limited early tours were surprised to find an urn on display resembling a smaller version of Paisley Park, and containing some of Prince’s actual ashes.
Prince died in April from an accidental overdose of the powerful painkiller fentanyl.
The Paisley Park museum is being managed by officials at Graceland Holdings, who are also responsible for running Elvis Presley’s Graceland in Memphis, Tennessee. They hope to attract as many as 600,000 fans per year to Paisley Park.
Meanwhile, fans are hopeful they may soon be able to hear some of Prince’s many unreleased songs, which he kept in a vault at Paisley Park. Rapper Jay Z had reportedly made a $40 million offer to the late superstar’s sister, Tyka Nelson, to purchase the music rights for his streaming service Tidal, but the claims have since been denied.

Bobby Vee, best known for hits including Rubber Ball, Take Good Care of My Baby and The Night Has a Thousand Eyes, has died at the age of 73. Vee released more than 25 albums during his career, retiring in 2011 after being diagnosed with early-onset Alzheimer's disease. Vee's son Jeff Velline said the singer died peacefully surrounded by family on Monday. It was "the end of a long hard road", Mr Velline said. He described his father as "a […]