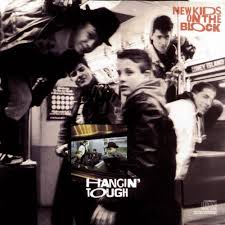 The artists formerly known as New Kids On The Block have announced they are heading out on tour next summer with Paula Abdul and Boyz II Men. The group revealed the news Tuesday on “Today.”
“We’re announcing a tour,” NKOTB member Donnie Wahlberg said. “But we’re not going alone.” Boyz II Men, which has toured with NKOTB before, and Abdul then came out on the set — much to the delight of fans. Collectively, the three acts have sold more than 200 million records since the mid 80s.
“Last time we did it, we kind of didn’t want to end it,” said Nathan Morris of Boyz II Men. “We’ve been talking about it over the last couple of years, trying to make it happen.”
Abdul said it’s going to be “incredible” being on the road with the two groups, whose members she called her “eight brothers.”
“I’m going to be envied by many,” she said.
The Total Package tour kicks off May 12 in Columbus, Ohio. Tickets go on sale November 19. NKOTB appeared minus member Jonathan Knight who was in Africa on a very special trip. Knight and boyfriend Harley Rodriguez got engaged while traveling.
“We were in Africa, our parents were there, our moms were there, and I just figured this was the time to pop the question and make it official,” said Knight.

Leon Russell, who emerged as a rock 'n' roll star in the 1970s after working behind the scenes as a session pianist for other musicians, died Sunday in Nashville, his wife Janet Bridges told CNN. He was 74. Russell died in his sleep, his wife said in a statement posted on his website. Honey Bridges, his daughter, told CNN he was recovering from a quadruple bypass when his health took a turn for the worse. Russell was inducted into the […]