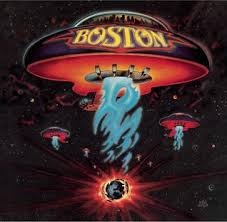 John “Sib” Hashian, former drummer for the arena rock band Boston, died on board a rock cruise ship Wednesday. He was 67. His son, Adam Hashian, said Thursday a cause of death had not yet been determined.
Hashian was listed as one of the featured performers on the Legends of Rock Cruise, which departed from Miami on Saturday and was scheduled to visit Puerto Rico and the Bahamas.
Hashian played on the Boston’s first two hit records, their self-titled debut album in 1976, featuring the hit song “More Than a Feeling,” and their second album, “Don’t Look Back.”
The original band, made up of Tom Scholz, Brad Delp, Barry Goudreau, Fran Sheehan and Hashian, had one of the most successful debut records in history, selling over 17 million copies, with the singles “Long Time” and “Peace of Mind.” More recently, Sib played with Ernie & the Automatics featuring Ernie Boch and Barry Goudreau.
His wife, Suzanne Hashian, said in a statement that arrangements would be made at a later date.
Hashian’s daughter, Lauren Hashian, is in a relationship and has a child with Dwayne “The Rock” Johnson.

Chuck Berry, one of the creators of rock and roll, has died, according to police. He was 90. St. Charles County, Missouri, police said Saturday they responded to a medical emergency on Buckner Road at approximately 12:40 p.m. Inside the home, first responders found an unresponsive man, but despite immediately administering lifesaving techniques, the 90-year-old man could not be revived. He was pronounced dead at 1:26 p.m., police said. The St. Charles County Police Department identified him as Charles Edward […]