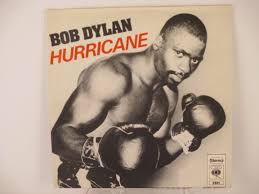 Bob Dylan has finally received his Nobel Prize for Literature after several months of delay. The American singer and songwriter was awarded the honor by the Swedish Academy in October, but he did not attend the subsequent ceremony in December due to preexisting commitments, and he has also yet to deliver the lecture that is required to receive the prize money.
However, the discreet folk rocker finally picked up his Nobel Literature diploma and medal in Sweden on Saturday during a small gathering hosted in a hotel near the conference center where Dylan was later scheduled to host a concert.
Swedish Academy member Klas Ostergren tells the Associated Press the intimate ceremony was attended by only a select few academy members and one of Dylan’s staff members, as the musician requested the event take place with little fanfare.
“It went very well indeed,” Klas says of the prize, before noting Bob is “a very nice, kind man.”
Other academy members noted the hit maker appeared extremely pleased at the relaxed ceremony upon receiving his award.
The gracious 75-year-old spoke nothing of his huge honor as he rocked the stage at his concert in Stockholm just hours later.
Dylan received the 2016 Nobel Prize in Literature “for having created new poetic expressions within the great American song tradition.”
He is expected to send in a taped lecture at a later date instead of giving a traditional live Nobel presentation, according to Professor Sara Danius, permanent secretary of the Academy.

Elton John celebrated his 70th birthday with a star studded party featuring Lady Gaga, Stevie Wonder, and Katy Perry. Barry Scott met Elton at a record release bash and Sir Elton wanted to do an interview for "The Lost 45s" show, but his management refused to set it up! Maybe in his 70th year! The Rocket Man hit maker's milestone birthday was on Saturday and his friends and family put together a party at The Hammer Museum in Los Angeles. […]