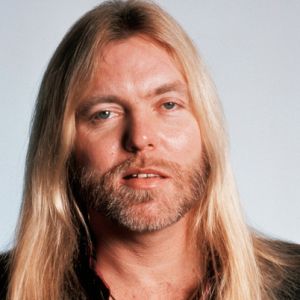 (CNN) Gregg Allman, a founding member of the Allman Brothers Band who overcame family tragedy, drug addiction and health problems to become a grizzled elder statesman for the blues music he loved, has died. He was 69.
Allman died due to liver cancer complications at his home in Savannah, Georgia, and he was “surrounded by his family and friends,” Michael Lehman, Allman’s longtime manager and close friend, told CNN.
He will be buried at Rose Hill cemetery in Macon, GA, though a funeral date has not yet been set, Lehman said.
According to a statement posted to his official website, Allman had struggled with many health issues over the past several years.
Cher, to whom Allman was briefly married in the 1970s, reacted on Twitter Saturday afternoon.

Allman — along with older brother Duane Allman and a handful of other musicians including guitarist Dickey Betts and drummer Butch Trucks — helped form the eponymous Southern band whose blend of rock, blues, country and jazz made them one of the biggest and most influential touring acts of the 1970s.

Gregg Allman played the Hammond organ, sang lead vocals and wrote some of the band’s signature songs, including “Midnight Rider” and “Wasted Words,” the ballad “Melissa,” and the blues epic “Whipping Post.” He and Betts took over leadership of the band after Duane was killed in a motorcycle accident in 1971 and before the band broke up for the first time in the late ’70s.

Allman continued recording and touring, both with reunited versions of the Allmans Brothers Band and with his own bands, for some 40 years. The Allman Brothers — inducted into the Rock and Rock Hall of Fame in 1995 — won new legions of fans in recent years with the reorganized group’s epic live shows, especially their unprecedented string of 238 sold-out concerts at New York’s Beacon Theater.

“My love of playing is still the same as when I was 24. In fact, I appreciate it all more and understand it much better,” Allman said in 2015. “I’m grateful for every gold record, good review and award I’ve ever received, but I’m just so into what I’m doing and that’s where my focus is.”

Cher wowed the crowd at the Billboard Music Awards with an energetic performance on Sunday night, before accepting her Icon gong with a self-deprecating speech. The legendary singer attended the Las Vegas ceremony after turning 71 on Saturday, and showed off her age-defying figure in a revealing silver dress and nipple pasties as she belted out her smash hit Believe, in what marked her first awards show performance in 15 years. Stars, including awards co-host Vanessa Hudgens, who was dressed […]