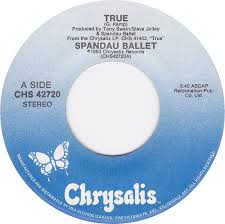 Tony Hadley has announced that he is no longer a member of Spandau Ballet. Hadley and the group formed as The Cut in 1976 and, in 1980, had their first UK hit with To Cut a Long Story Short. They went on to have ten top ten hits in the U.K. with songs like True (1983 / #4 U.S. / #1 U.K.), Gold (1983 / #29 U.S. / #2 U.K.) and Only When You Leave (1984 / #34 U.S. / #3 U.K.) before breaking up in 1999. They reformed in 2009.
The split was announced by Hadley with a simple statement:
“Due to circumstances beyond my control, it is with deep regret that I am no longer a member of the band Spandau Ballet and as such I will not be performing with the band in the future. — Tony Hadley (@TheTonyHadley) July 3, 2017
The Spandau Ballet page still shows Hadley on the front page but posted a message on Monday morning addressing the split:
Much to the frustration of the band, Tony had made it clear in September 2016 that he didn’t want to work with the band anymore This has not changed and 2015 was the last time we were able to perform or work with him. So we have now made the decision to move on as a band.
Hadley has recorded four studio albums over the years including his self titled second release which went to 45 in the U.K.

Phil Collins returned to performing live as he missed his fans too much. The English musician performed an energetic headline set at the annual Barclaycard presents British Summer Time Hyde Park in London on Friday night (30Jun17), singing hits like In the Air Tonight, Easy Lover and Another Day in Paradise. Talking to the audience at the start of the gig, Phil explained why he was back on stage after previously declaring he'd retired from music. "I do understand that […]