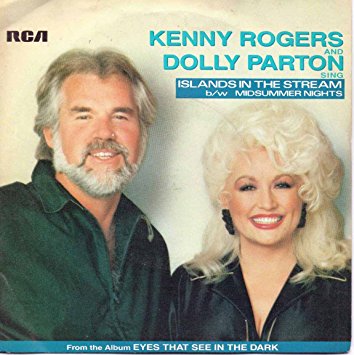 Country icon Kenny Rogers will reunite onstage with Dolly Parton for one final performance at a star-studded farewell concert in Nashville, Tennessee later this year.
Kenny retired from international touring a few years ago and in 2016 he announced he will be wrapping up his live shows for good after one more trek.
Kenny has now set October 25th as his official retirement date, and he will gather with his country peers to go out with a bang at the “All In For The Gambler: Kenny Rogers’ Farewell Concert Celebration.”
The show will take place at Nashville’s Bridgestone Arena, where Kenny will share the stage with his longtime pal and “Islands In The Stream” collaborator Dolly for the last time.
“As I’m bringing this chapter of my career to a close, this will be an unforgettable way to celebrate with my talented friends, who I’m so grateful to have crossed paths with,” Kenny, 78, shares in a statement. “It means so much that they would feel compelled to do this for me.
“Of course, the night would not be the same without Dolly Parton being part of it. We’ve enjoyed a special friendship for decades, and I’ll forever look back fondly on the many collaborations, performances, and laughs we’ve shared as some of the most extraordinary moments of my career. I know it will be a moving experience for us standing on that stage together for one last time.”
Dolly is excited to play such a key role in Kenny’s farewell show, which she knows will be an emotional affair.
She explains, “Performing with Kenny for the last time ever on October 25th is going to be emotional for both of us, but it’s also going to be very special. Even though Kenny may be retiring, as he fades from the stage, our love for each other will never fade away.”
All In For The Gambler: Kenny Rogers’ Farewell Concert Celebration will also serve as a fundraiser in part for the T.J. Martell Foundation, a non-profit disease research organisation, and the Kenny Rogers Children’s Center for sick kids in Missouri.
Dolly and Kenny reunited to perform Islands in the Stream during her Great Smoky Mountains telethon in December, when the singer rounded up friends to help her raise money for families affected by Tennessee wildfires.

Rocker Brian May has stepped back from the upcoming Freddie Mercury biopic because he's convinced he's found the right guy to play the late Queen leader. Actor Rami Malek has replaced Sacha Baron Cohen after the British funnyman fell out with May and his bandmate Roger Taylor over their artistic vision for the film, and now for the first time in over a decade, the guitarist is happy to let producer Graham King make his film without any interference from […]