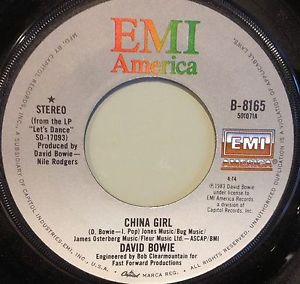 ‘The absolute transformation of everything that we ever thought about music will take place within 10 years, and nothing is going to be able to stop it. Music itself is going to become like running water or electricity” David Bowie June 2002.
This week the music of David Bowie reached a major milestone with the one billionth stream on Spotify from his stellar 50-year career.
The #1 streamed song, “Heroes”, originally recorded in English, French & German, it has become an inspirational anthem and is this year celebrating its 40th anniversary. The track forms the cornerstone of the forthcoming box set ‘A New Career In A New Town 1977-1982’ and will also be released as a special limited edition picture disc.
David’s top ten most streamed solo tracks of all time are;
“Heroes”
Let’s Dance
Space Oddity
Life On Mars
Starman
Rebel Rebel
Moonage Daydream
Changes
Ziggy Stardust
Modern Love
Bubbling under those are Fame, The Man Who Sold The World, China Girl, Oh! You Pretty Things, Sound & Vision, Where Are We Now? This Is Not America, Ashes To Ashes and Young Americans.
A NEW CAREER IN A NEW TOWN is released on Parlophone on 29th September 2017
“HEROES” 40th-anniversary picture disc is released on Parlophone on 22nd September 2017

Country star Tanya Tucker has written an emotional tribute to her late ex, Glen Campbell, a week after his death. The singer dated the Rhinestone Cowboy star when she was in her 20s, back in the early 1980s, and admits she has always loved him. In the new issue of Closer magazine, Tucker pours out her heart for Glen, who died on August 8th, aged 81, following a seven-year battle with Alzheimer's disease. "I first met Glen when I was […]