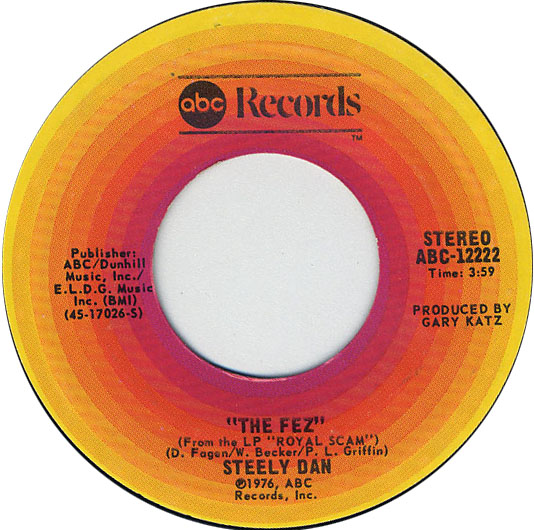 Walter Becker, the co-founder and guitarist of the influential rock duo Steely Dan died on Sunday at the age of 67.

His death was announced his website, alongside an image of him as a child next to one of him as an adult holding a guitar. With no other details mentioned, it is unclear what the cause of his death was.

The duo first began collaborating while students at Bard College in New York in the late 1960s. "We started writing nutty little tunes on an upright piano in a small sitting room in the lobby of Ward Manor, a mouldering old mansion on the Hudson River that the college used as a dorm," Fagen said.

They eventually moved to Los Angeles when they scored a recording contract, and went on to release their first Steely Dan album, "Can't Buy a Thrill," in 1972. Over the next decade, the duo released six albums that landed in the Top 20 and three singles in the Top 10, including "Do It Again," "Reelin' In the Years" and "Rikki Don't Lose That Number."

Becker was born in 1950 and grew up in Queens, New York, where he began as a saxophonist then switched to guitar while a teenager. On Sunday, Fagen wrote that Becker had "a very rough childhood" but grew up to be "smart as a whip, an excellent guitarist and a great songwriter."

"He was cynical about human nature, including his own, and hysterically funny," Fagen wrote. "Like a lot of kids from fractured families, he had the knack of creative mimicry, reading people’s hidden psychology and transforming what he saw into bubbly, incisive art."

Eventually Steely Dan reunited for another album called "Two Against Nature" in 2000. That album then won Album of the Year at the Grammy Awards. Their last album together was 2003's "Everything Must Go," and Becker's last solo album was 2008's "Circus Money."

Fleetwood Mac leader Mick Fleetwood has assured fans the band's 2018 tour won't be a finale. Bandmate Christine McVie has hinted that the upcoming 18-month global trek will be a farewell, but the drummer insists the band has more music to play and perhaps record. "In my mind, it's not (the final tour), and everyone in the band has decided that it's not," he tells Rolling Stone, "but we thought we were finished 30 years ago... "I don't know if […]