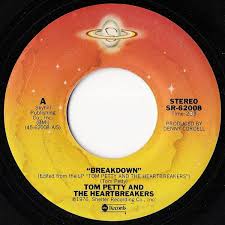 Tom Petty was rushed to the hospital Sunday night after he was found unconscious, not breathing and in full cardiac arrest … law enforcement sources tell TMZ. The front man of Tom Petty and the Heartbreakers is dead at 66.

EMTs rushed to his Malibu home and were able to get a pulse. He was rushed to the UCLA Santa Monica Hospital and our sources say he was put on life support.

Petty’s condition was unknown but was critical from the moment he was found.

Petty, who became famous with Tom Petty and the Heartbreakers in 1978 with “Breakdown,” was 66.

We’ve been in touch with numerous people from Petty’s camp and they are clearly upset but not talking. -TMZ

Petty first burst onto the music scene in the 1976 with his group, Tom Petty and the Heartbreakers. The band scored a string of hits over several decades, including “American Girl,” “Breakdown,” “Free Fallin’,” “Refugee” and “I Won’t Back Down.” He was also a member of the supergroup collective the Traveling Wilburys in the late ’80s alongside Bob Dylan, George Harrison, Roy Orbison and Jeff Lynne.

Last Monday, Petty concluded his extensive recent tour—which kicked off on April—at the Hollywood Bowl. In December he admitted that the trek, done to honor the 40th anniversary of the Heartbreakers’ debut, would likely be “the last big one.”

“We’re all on the backside of our 60s,” he continued. “I have a granddaughter now I’d like to see as much as I can. I don’t want to spend my life on the road. This tour will take me away for four months. With a little kid, that’s a lot of time.”

Lionel Richie, who was first linked to the job in early September, announced the news in a video post on Twitter on Friday, revealing he was looking forward to finding America’s next big talent. “I’m so excited and proud to announce that I will be one of the three judges on ABC’s American Idol,” he said. “I will be joined with (sic) the beautiful Miss Katy Perry and my hero, Mr. Lionel Richie, and my fellow Georgia boy, Ryan Seacrest. […]