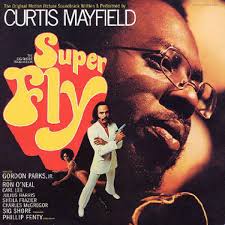 Lionel Richie is helping to develop a new biopic about soul legend Curtis Mayfield.
The hit maker has been granted the rights to his late pal’s life story from officials at the Curtis Mayfield Estate, and will collaborate on the feature film with Curtis’ widow, Altheida, and other loved ones.
“It’s an honor for me to bring the life of one of my idols and friend to the screen,” Lionel tells Deadline.com. “I’m so grateful to be working closely with Altheida Mayfield, Cheaa Mayfield and the Curtis Mayfield Estate and couldn’t be happier to be moving forward on this amazing project about a one-of-a-kind music genius.”
Altheida adds, “It’s time to celebrate and re-evaluate Curtis’ legacy. For years, too many others have tried to claim what he alone did. He was a genius, always stood on his own.”
The movie, produced via Lionel’s RichLion Productions, is expected to chronicle Mayfield’s rise to fame as a teenage member of The Impressions, before branching out on his own, scoring hits such as The Makings of You, Move on Up, and Superfly. The singer was paralyzed from the neck down in 1990 after a lighting rig fell and crushed him during a show in Brooklyn, New York, but he continued to record music until his death from diabetes complications in 1999, at the age of 57.
Casting information for the film has yet to be announced.
The Mayfield biopic won’t be the only thing keeping Lionel busy in the near future – he also recently joined the judging panel for the revamped version of reality show American Idol, on which he will serve as a TV panelist alongside pop star Katy Perry and country singer Luke Bryan.

The original stars of Bananarama are more than a little nervous about their 2017 reunion dates, because the trio has never performed live together before. Siobhan Fahey recently rejoined Keren Woodward and Sara Dallin for a reunion, almost 30 years after she left the U.K. trio to start a new life in America, and she's yet to actually hit the stage for a live set with her old pals. "We've never actually performed live with Siobhan," Woodward tells blogger Perez […]