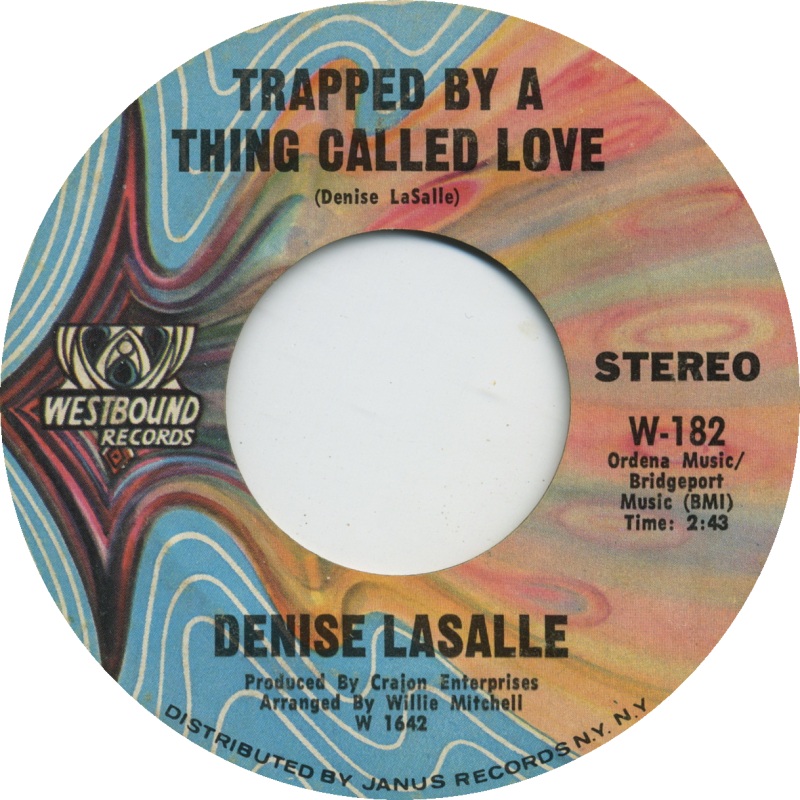 Denise LaSalle, singer known as the “Queen of the Blues,” died on January 8th at the age of 78, according to The Jackson Sun. Family spokesman Howard Ramsby reported the news in an email. LaSalle was born Ora Denise Allen in Mississippi in 1939. She sang in church choirs and then moved to Chicago. She performed with top musicians in Chicago and wrote songs. She was signed to the legendary Chess Records in 1967. Her first single “A Love Reputation” was a regional hit. She wrote and recorded her 1971 hit song “Trapped by a Thing Called Love.” It was released by Westbound Records in Detroit. The track reached #13 on the Billboard Hot 100 and was #1 on the Billboard R&B chart. The song was included on President Obama’s 2016 Summer Nights playlist. LaSalle continued to chart hit songs in the 1970’s for Westbound Records and ABC Records. In the 1980’s, she signed with Malaco Records and released a string of critically acclaimed soul-blues records. Her last record was released in 2010 and she continued with live performances. In 2015, she was inducted into the Rhythm and Blues Music Hall of Fame.

NASHVILLE, Tenn. (January 4, 2018) – Country music artist Mickey Gilley and his son were involved in a motor vehicle accident on January 3rd. The pair were on their way back to Branson after an event in Texas and rolled over numerous times off the interstate. Each are recovering with minor injuries, Gilley sustained a fractured ankle and a fractured right shoulder along with some bumps and bruises. Due to the injuries, Gilley is forced to reschedule his January 6 […]