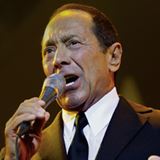 Recent “Lost 45s” guest and Veteran singer Paul Anka will finally unveil his unlikely collaboration with rapper Drake next month.
The long time hit maker, 76, first revealed he was working with the Hotline Bling MC in a post on Instagram.
“One of the great nights…lots to follow!,” he captioned a photo of the pair. “Love working with Drake.”
Few other details about the track have been released in the weeks since, but Anka shared his plans for the odd pairing on Thursday, as he accepted the Lifetime Achievement Award at the Canadian Music and Broadcast Industry Awards in Toronto.
“I’m working with a brilliant young artist who is as hot as you can get right now, a fellow young Canadian and his name is Drake,” he said. “We recorded something that will be released, out in June. That’s all I can tell you.”
Michael Buble, who presented Anka with the accolade, recalled learning about the unique studio session soon after it took place.
“As well as I know Paul, you will never get used to Paul Anka calling you and saying, ‘Oh my god, that Drake (has) got some phat (cool) beats. Honestly. This dude’s flow is terribly sick,’ – and I’m not joking. That is real,” Buble added. “Paul is the Benjamin Button of crooners and he’s just getting younger. His curiosity and his vibe are infectious.”
Drake has yet to comment on the joint project, and it’s not clear if the tune will be featured on the hip-hop star’s forthcoming album, Scorpion, which is due to hit retailers in June.

(CNN) Mamma Mia! ABBA is getting the band back together. The Swedish pop group announced Friday on its official Instagram account that an earlier announced avatar plan of the band, dubbed "Abbatars," helped rekindle the magic. "The decision to go ahead with the exciting ABBA avatar tour project had an unexpected consequence," the statement posted on Instagram says. "We all felt that, after some 35 years, it could be fun to join forces again and go into the recording studio. […]