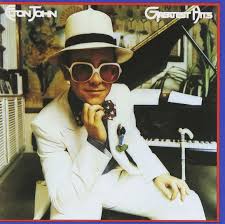 Elton John’s son Zachary is playing youth soccer for the singer’s beloved Watford Football Club.
Elton, 71, has supported the English Premier League team since he was a boy and was club chairman and owner from 1976 until 1987, and again from 1997 to 2002.
The hit maker has seven-year-old Zachary and Elijah, five, with husband David Furnish, and sees bright futures for both of his boys.
“Zachary is incredibly into soccer,” he told Britain’s Daily Star newspaper. “He plays for the Watford Academy team. Elijah loves music – they both do – but Elijah especially.”
He says both kids are “thriving” but that he and David are determined not to spoil them so they can lead normal lives, adding: “They are great kids. We want them to have a normal life, go to school and not be celebrity kids.”
Elton isn’t the only music star with a talented soccer player in the family; Madonna recently moved to Lisbon to help her son David, 12, pursue his sporting ambitions with top Portuguese club S.L. Benfica.
Watford holds a special place in the Crocodile Rock singer’s heart as during his first decade in charge, he and manager Graham Taylor led the club to the most successful era in its history – including a second place finish in the English First Division in 1982 and an appearance in the 1984 FA Cup Final. After Graham’s death last year, Elton dedicated a park bench to his friend and colleague in a park in the town.
Elton has also announced his plans to retire from touring after a mammoth world trek ending in 2020 – citing his desire to spend more time with his sons and watch them grow up.
“After the tour finishes, I’m very much looking forward to closing off that chapter of my life by saying farewell to life on the road,” he said at a New York event revealing his retirement. “I need to dedicate more time to raising my children.”

Recent "Lost 45s" guest and Veteran singer Paul Anka will finally unveil his unlikely collaboration with rapper Drake next month. The long time hit maker, 76, first revealed he was working with the Hotline Bling MC in a post on Instagram. "One of the great nights...lots to follow!," he captioned a photo of the pair. "Love working with Drake." Few other details about the track have been released in the weeks since, but Anka shared his plans for the odd […]