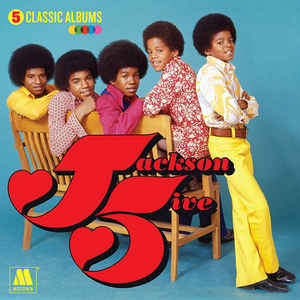 Joe Jackson, the father of Michael, Janet and their eight siblings and the architect of the Jackson 5, has died, according to TMZ. He was 89.
Family sources told TMZ that Jackson died early Wednesday morning in Los Angeles reportedly following a battle with cancer. TMZ previously reported June 22 that Joe Jackson had been battling cancer “for some time” but it was “at the end stages” and could not “be treated.”
Also June 22, at the Radio Disney Awards, where she was honored with the Impact Award, daughter Janet Jackson paid tribute to her dad after news broke of his condition. “My mother [Katherine] nourished me with the most extravagant love imaginable, my father, my incredible father, drove me to be the best that I can,” she said.
Born July 26, 1928 in Arkansas, Joe married wife Katherine in 1949 and they had 10 children together: sons Jackie, Tito, Jermaine, Marlon, Brandon (Marlon’s twin, who died shortly after birth), Michael and Randy; and daughters Rebbie, La Toya and Janet. He also has another daughter, Joh’Vonnie Jackson, with Cheryl Terrell, with whom he reportedly had a 25-year affair.
Joe began working on his kids’ musical careers in the early 1960s, while they were living in Gary, Indiana, bringing Jackie, Tito, Jermaine, Marlon and Michael into what would eventually become the Jackson 5. Forcing them into intense rehearsal sessions, and after performances in talent competitions and small venues, Joe ultimately booked them at the Apollot Theater in Harlem, after which they landed their first deal with a recording label. After first single “Big Boy” became a local hit, the group was signed to Motown Records in 1969 and garnered a series of record-breaking hits, including “I Want You Back,” “ABC,” “The Love You Save” and “I’ll Be There.”
Joe, who eventually moved the family to California as their careers were taking off, also formed opened his own record label, Ivory Tower International Records, signing artists who would serving as the opening acts for the Jackson 5 while they were on tour.
In addition to Michael, who eventually broke out on his own to become of the top-selling singers of all time, Joe also made a superstar out of daughter Janet, paying for her first demo and going on to oversee her debut album.
While Joe made stars out of his kids, he also had a rocky relationship with them. Over the years, there were numerous reports of emotional and physical abuse, including accusations by the children themselves, including Michael. In a 2010 interview with Oprah Winfrey, he admitted that he hit his children with a strap and had no regrets over doing so: “It kept them out of jail and kept them right.”
Joe’s death comes two days after the ninth anniversary of Michael’s death, on June 25, 2009, and the latter’s death was attributed to a fatal cocktail of medications. The singer’s physician, Conrad Murray, was convicted of involuntary manslaughter.
Of Michael, Joe told Winfrey in 2010: “I don’t think he was afraid of me. What he was afraid of, he may do something wrong and I’d chastise him but not beat him. I never beat him like the media tried to say.”
Joe is survived by wife Katherine; sons Jackie, Tito, Jermaine, Marlon and Randy; and daughters Rebbie, La Toya and Janet. He was preceded in death by son Michael, who died in 2009, and son Brandon (Marlon’s twin), who died shortly after birth.

Bee Gee Sir Barry Gibb paid tribute to his late brothers as he collected his knighthood on Tuesday. Sir Barry is the last surviving member of the band after the death of Maurice following a bowel operation in 2003 and his twin Robin in 2012 from cancer. "If it was not for my brothers, I would not be here. If I had spent my whole life writing songs on my own, it would have meant something else altogether. "I hope […]