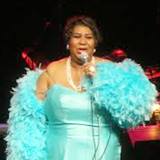 Aretha Franklin is reportedly fighting for her life.
The 76-year-old’s family and friends have reportedly dashed to Detroit, Michigan, where the Queen of Soul grew up, to be by her bedside, according to veteran reporter Roger Friedman in his column Showbiz411.com.
“She is gravely ill in Detroit. The family is asking for prayers and privacy,” he wrote. “Aretha is surrounded by family and people close to her. She will be so missed as a mother, sister, friend, cousin. But her legacy is larger than life. It’s not just that Rolling Stone called her the number 1 singer of all time, or that she is the Queen of Soul. Long live the Queen.”
NBC Philadelphia reporter Harry Hairston also tweeted, “Spoke with close friend of Aretha Franklin and family. Iconic singer not doing well.”
Franklin previously battled a bout of ill health in 2010, when she secretly underwent surgery to remove a tumor, but her efforts to keep the news private prompted premature death reports in 2011, following claims she had been diagnosed with pancreatic cancer.
At the start of 2017, the hit maker announced she was retiring from touring, and her final public performance took place in Philadelphia, Pennsylvania that August, although she also sung at the Elton John AIDS Foundation benefit in New York in November.
Earlier this year, the soul legend was forced to cancel a string of shows as she had been “ordered by her doctor to stay off the road and rest completely for at least the next two months”. At the time, the singer was said to be “extremely disappointed” by the cancellations.
The news of Franklin’s ill health comes months after she was the subject of another death hoax, and her family and friends were forced to speak out to assure fans she hadn’t passed away.
Over the course of her career, she released a total of 112 singles which landed on America’s Billboard chart, including 77 Hot 100 entries, and twenty number-one R&B singles, making her the most-charted female artist in the chart’s history at the time, with hits including Respect, (You Make Me Feel Like) A Natural Woman, Spanish Harlem, and Think.
Franklin is one of the best-selling musical artists of all time, and has won 20 Grammy’s throughout her career, including three special honors – the Legend Award in 1991, the Lifetime Achievement Award in 1994, and the MusiCares Person of the Year in 2008.
She also made history by becoming the first female performer to be inducted into the Rock and Roll Hall of Fame in 1987.

Lisa Marie Presley is "proud" of the way she's overcome her battle with addiction, because even her therapist insists it's a "miracle" she is still alive. The daughter of rock legend Elvis Presley was widely reported to have checked into a Los Angeles rehabilitation facility to tackle a prescription pill problem in August, 2016, weeks after splitting from her husband Michael Lockwood, the father of her nine-year-old twin daughters, Harper and Finley. Earlier this year, court papers relating to the […]