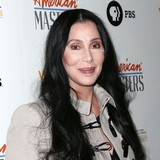 Cher has expressed her outrage at the report that U.S. President Donald Trump’s administration is considering implementing a policy which would eliminate the recognition of transgender individuals.
The singer, whose son Chaz Bono is transgender, took to Twitter to vent her frustration after the New York Times published a government memo which stated that the policy would require an individual to “be defined as male or female based on their genitalia at birth”.
“The Department of Health and Human Services is spearheading an effort to establish a legal definition of sex under Title IX, the federal civil rights law that bans gender discrimination in education programs that receive government financial assistance,” the publication reported. They added the department said in their memo that “Sex means a person’s status as male or female based on immutable biological traits identifiable by or before birth. The sex listed on a person’s birth certificate, as originally issued, shall constitute definitive proof of a person’s sex unless rebutted by reliable genetic evidence.”
If the policy was brought into practice, it would have a drastic impact on the civil rights and protections of transgender community, many of whom took to social media to express their shock and horror.
“Fk These Ppl.Will MY SON Be Sent To INTERNMENT CAMP 2 Live with LATINO Children,& Be Kept In Cages in Places where (American flag emoji) Cant See Them.THIS IS ‘HIS CODE’ 4,..MAKE THEM DISAPPEAR #MBS (sic),” Cher wrote, before her son Chaz tweeted: “I can’t begin to express the rage I feel toward an administration that is trying to redefine me out of existence. Just another gift for his small minded base, terrified of the diversity that has always made America exceptional! #Vote.”
Meanwhile, transgender actress Laverne Cox wrote on her Twitter: “We must not give up the fight. But in the face of this affront on my existence and the existence of my community I choose love not fear. We exist and always have.”

(CNN) Former Fleetwood Mac singer and guitarist Lindsey Buckingham is suing the band for making him go his own way. In court documents obtained by CNN, Buckingham claims that he lost an estimated $12 million in upcoming tour proceeds after he was involuntarily expelled from Fleetwood Mac in January. He is suing Stevie Nicks, Christine McVie, John McVie and Mick Fleetwood for breach of fiduciary duty and breach of oral contract. It's not entirely clear what led to Buckingham's departure […]