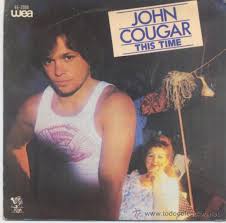 Rocker John Mellencamp is well aware how lucky he is to have reconciled with his new fiancee Meg Ryan, because he’s “not the easiest guy to get along with”.
The singer initially dated Meg for three years until 2014, but the relationship didn’t end well, and early last year, John accepted that he was largely to blame.
“Oh, women hate me. I loved Meg Ryan. She hates me to death,” he told U.S. shock jock Howard Stern. “I think it’s because I’m a child. I throw fits, I gripe, I complain. I’m moody. Every bad thing that a fella can be, that’s me.”
Despite his comments, he managed to reconcile with the “When Harry Met Sally” star months later, and in early November, she announced they were engaged in a post on Instagram.
Now John has given fans a little insight into the reason behind his decision to marry for the fourth time.
“One can well imagine I’m probably not the easiest guy to get along with, so let’s leave it at that!” he smirked on U.S. breakfast show “Today” when asked about taking the plunge.
He also shared a rare comment about one of the things he loves most about the actress.
“I’m engaged, at 67, to a very funny woman – funniest woman I ever met,” John said.
The musician has even relocated from his base in Indiana to set up home with the actress, 57, in her New York City apartment, but he’s since had to purchase a studio of his own so he can have space to pursue his love of painting.
“Meg lives here in New York so there’s no place to paint where she lives, so I bought this place to paint,” he explained.
“I live an artist’s life; every day I have to make something…,” he added. “I been painting my whole life (sic)… It puts you in a place where you’re totally focused on something. I can paint for eight, 10, 12 hours every day.”
It’s not known when the couple plans to tie the knot, but Meg is also no stranger to married life – she previously wed actor Dennis Quaid, the father of her 26-year-old son Jack. They divorced in 2001 after a 10-year union.

(CNN) A five-year legal battle over the copyright of the hit song "Blurred Lines" has ended with Marvin Gaye's family being awarded a final judgment of nearly $5 million against Robin Thicke and Pharrell Williams. The pair had been accused of copyright infringement for their 2013 single because of the similarities to Gaye's 1977 hit "Got to Give It Up." Gaye died in 1984 after being shot to death by his father, Marvin Gay Sr. (the singer added the "e" […]