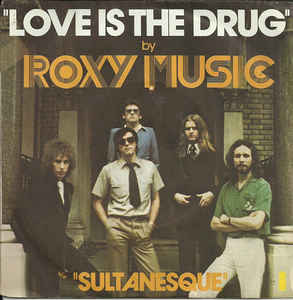 Roxy Music star Andy Mackay is confident the band will regroup for its Rock & Roll Hall of Fame induction in April.
The saxophonist and his band mates haven’t performed together since splitting in 2011, but he’s hoping they’ll all agree to join front man Bryan Ferry onstage for the big night.
“We’ve been in touch,” he tells Rolling Stone. “We’re all very pleased. We’ve been looking into how we’re going to approach the actual induction, whether or not we’re going to play. I’m hopeful that we will.
“We’re friendly. I see (guitarist) Phil Manzanera a lot. I did a concert with him in November. I work a lot with him. Bryan and I talk. We see each other from time to time. (Drummer) Paul Thompson and I talk to from time to time. I haven’t seen him in some years, but I know he’s there. I played on an album of his about four years ago.
“Generally speaking, we are in contact. We are all feeling quite optimistic about it, but I wouldn’t like to say for sure what’s going to happen. It could be complicated to figure out… We’re still talking about it. I’d be very happy to do it. It would be nice to see the others and I hope they feel the same way.”
But recruiting Brian Eno for the gig might prove difficult, according to Mackay: “He’s shy sometimes, but I haven’t actually spoken to him about it. I’ve been very busy and I don’t know what he’s up to… The last time he played with Roxy was 1974. That was a difficult time.”

Fans of ABBA will have to wait a little longer to hear the new music from the reunited Swedish pop group after the release was postponed to later this year. The artists announced last year they had regrouped to record two new songs for the Virtual ABBA tour, which will feature holographic avatars of the band. "The decision to go ahead with the exciting ABBA avatar tour project had an unexpected consequence," a statement posted on the band's Instagram page […]