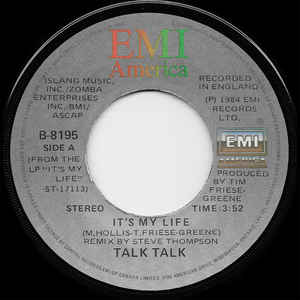 Mark Hollis, lead singer, songwriter and co-founder of the band Talk Talk, has died at the age of 64.
A creative mastermind, the group came to the fore in the 1980s recording hit singles such as ‘It’s My Life’, ‘Today’, ‘Talk Talk’ and ‘Life’s What You Make It’. They also released albums such as “Spirit of Eden,” which was hailed as a ‘masterpiece’ and “Laughing Stock.”
Tributes have been paid to the moving singer-songwriter.
Talk Talk’s bassist, Paul Webb, wrote on Instagram: “I am very shocked and saddened to hear the news of the passing of Mark Hollis.
“Musically he was a genius and it was a honor and a privilege to have been in a band with him. I have not seen Mark for many years, but, like many musicians of our generation, I have been profoundly influenced by his trailblazing musical ideas. He knew how to create depth of feeling with sound and space like no other. He was one of the greats, if not the greatest.”
Goodbye to Mark Hollis of Talk Talk. Condolences to his lovely family. We had many, many laughs together. This is us being the nightmare interview from hell https://t.co/xzqfQnN4P6
— Tim Pope (@timpopedirector) February 25, 2019
The lead singer and primary songwriter of Talk Talk, Hollis co-founded the band in 1981 alongside drummer Lee Harris, bassist Paul Webb and keyboard player Simon Brenner. They had early synth-pop success with singles ‘Talk Talk’, ‘It’s My Life’ and ‘Such a Shame’ together with several critically-acclaimed albums, including ‘Spirit of Eden’ and ‘Laughing Stock.’
After the band disbanded in 1991, Hollis released a well received, self-titled solo album in 1998 before retiring from the music industry. Speaking about his decision not to tour and to maintain a private lifestyle at the time, Hollis said: “I choose for my family. Maybe others are capable of doing it, but I can’t go on tour and be a good dad at the same time.”
“It’s My Life” later became a huge hit again for the band No Doubt.

(CNN) Peter Tork, the bassist for The Monkees and a jokester on the band's popular 1960s television series, has died at age 77. Tork's death was announced on his official Facebook page on Thursday, attributed to his friends, family and colleagues. "It is with beyond-heavy and broken hearts that we share the devastating news that our friend, mentor, teacher, and amazing soul, Peter Tork, has passed from this world," the post read. "As we have mentioned in the past, the […]