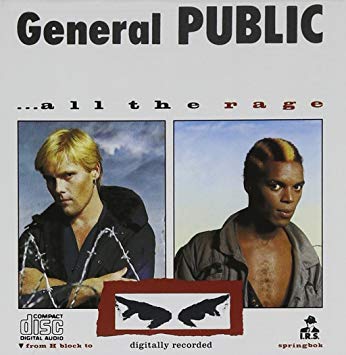 Ranking Roger, the co-founder of the band General Public and singer of English Beat, died at the age of 56 on Tuesday, TMZ reports. English Beat reportedly announced the musician’s death, saying he “sadly passed away peacefully at home with his family by his side earlier today.” The band’s statement thanked fans for their “constant support during this tough time” and said “Roger was a fighter.” Roger reportedly had a stroke last summer and was later diagnosed with a brain tumor and lung cancer—but the official cause of Roger’s death has yet to be released. Roger joined the English Beat in the late 1970s and later helped create General Public, which is most famous for songs like “Tenderness” and “I’ll Take You There.”

Legendary entertainer Diana Ross has come under fire for urging Michael Jackson critics to quit attacking his legacy amid allegations of sexual abuse. The Thriller icon's reputation has been rocked by accusations made in the damning "Leaving Neverland" documentary, in which Wade Robson and James Safechuck claimed they had been groomed by the late King of Pop to engage in inappropriate behavior from childhood. Jackson's family members have vehemently denied the allegations, and now Diana, who was one of Michael's […]