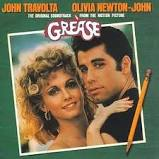 (CNN) Some news that will give “Grease” fans chills and get them multiplying: Moviegoers could soon see another chapter of Danny and Sandy’s love story.
Paramount Studios is currently developing a prequel to “Grease,” titled “Summer Loving,” and has recruited “Big Fish” writer John August to pen the script, according to the Hollywood Reporter.
A spokesperson for August confirmed his involvement to CNN.
THR reports the prequel will recount the summer fling between characters Danny Zuko and Sandy Olsson that is mentioned in the song “Summer Nights.”
August, a WGA award winner, has credits on two big projects this year, “Aladdin” and Guillermo del Toro’s “Scary Stories to Tell in the Dark.”
As with all projects in development, the prequel may never see the light of day. But as an entity, the music and story of “Grease” have had continued life since the film first debuted in 1978. (The movie was based on a 1971 musical.)
“Grease 2,” which starred Michelle Pheiffer and Maxwell Caulfield, followed in 1982.
In 2016, Fox produced a production of “Grease: Live” starring Julianne Hough and Aaron Tveit.
Some song lyrics, however, were modernized and updated for broadcast television standards.

(CNN) Rolling Stones frontman Mick Jagger is set to undergo heart surgery this week, a source close to the band tells CNN. The source said the surgery is to replace a valve in his heart. A representative for Jagger declined further comment to CNN. The news comes three days after The Rolling Stones postponed their North American tour that was set to kick off on April 20 in Miami Gardens, Florida. "Mick has been advised by doctors that he cannot […]