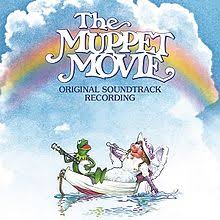 (CNN) Someday we’ll find it, the “Rainbow Connection,” back in theaters.
Actually, that someday is July 25 and 30.
In honor of the 40th anniversary of “The Muppet Movie” the beloved film is returning to 700 movie theaters across the country for two days only.
The 1979 film marked the big screen debut of Kermit the Frog, Miss Piggy, Fozzie Bear, Gonzo and the rest of the stars from television’s “The Muppet Show.”
Some human celebs came along for the ride as well including Charles Durning and Austin Pendleton as well as a host of cameos by the likes of Dom DeLuise, Madeline Kahn, Carol Kane, Bob Hope, Richard Pryor, Orson Welles and others.
It was a hit in more than 100 countries and received an Oscar nomination for “The Rainbow Connection,” the film’s iconic theme song with music and lyrics by Paul Williams and Kenneth Ascher.

Rod Stewart is planning to retire from rock music in order to focus on performing jazz standards and show tunes. The hitmaker, 74, is still out on the road while many of his contemporaries, including Elton John and Ozzy Osbourne, have announced plans to give up touring due to their advancing years. Although Rod isn't ready to quit performing altogether, he revealed plans to phase out his trademark tight clothes and raunchy rock hits. "It's closer than you think," he […]