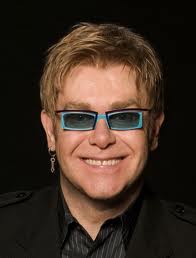 Elton John’s new biopic Rocketman has been banned from release in Samoa due to its onscreen depiction of homosexuality.
The film adaptation of the openly gay star’s life, starring Taron Egerton as the rock legend, doesn’t shy away from the sex and drug-fuelled days of his early career – and the vivid scenes have caused it to be barred from cinemas across the conservative Pacific nation.
Samoa’s principal censor, Leiataua Niuapu Faaui, told editors at the Samoa Observer that Rocketman’s homosexual content clashed with residents’ strong Christian beliefs and violated the country’s laws, including the 2013 Crimes Act, under which sodomy is punishable by up to seven years in prison, reports The Associated Press.
Despite choosing to outlaw the film, Faaui admitted, “It’s a good story, in that it’s about an individual trying to move on in life.”
The ruling has forced local theatre officials to cancel screenings for Rocketman.
The news emerges days after Russian distributors chose to remove gay sex and drug trafficking scenes from the biopic to comply with strict Russian legislation, which makes it illegal to show homosexual relationships in the media.
Slamming the news in a joint statement with filmmakers last month, Elton declared the heavy censorship was a “sad reflection of the divided world we still live in and how it can still be so cruelly unaccepting of the love between two people”.
Rocketman has proved to be a big hit with fans worldwide, grossing more than $100 million globally since its release in late May.
Source: music-news.com

Beach Boys founder Brian Wilson, who has long struggled with his mental health, announced Thursday he's postponing his June tour because he's "mentally insecure" and "struggling with stuff in my head." In a note to fans posted on his Facebook page and website, Williams, 76, expressed regret that he is postponing his June shows, including a June 14 performance at the Hard Rock Hotel & Casino in Atlantic City and multiple concerts at Nashville's Schermerhorn Symphony Center. "It is no […]