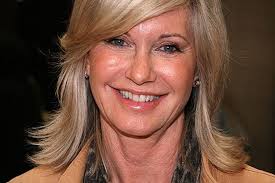 Hugh Jackman recorded an emotional video message for Olivia Newton-John during his concert in Sydney on Monday night.
The singer is currently fighting cancer for the third time, after first battling the disease in 1992, when she underwent a partial mastectomy and reconstruction, and again when it returned in 2013. And while performing his The Man.
The Music. The Show. tour at Sydney’s Qudos Bank Arena in Australia on Monday, the actor paid tribute to the actress with the help of the audience.
“Hi Olivia, it’s Hugh, with 15,000 of your closest friends and family,” he said directly into the camera, in the clip shared to Instagram on Tuesday morning. “Listen, you are the most amazing person, the most amazing mum, the most amazing ambassador, singer and dancer.”
As the audience cheered in honour of the star, Hugh concluded: “We just love you!”
Captioning the clip, The Greatest Showman star wrote: “You are the most incredible…. !! We love you. HJ, Debs and 15 thousand of your closest friends.”
Speaking to Fox News over the weekend, the Grease star shared a health update with fans, and insisted she’s “living very well”.
“I don’t call it remission – I just say I’m living with it. I’m living with it very well,” she smiled. “To think that you could get rid of every single cell is not really a reality at this point. But I’m feeling great.”
Source: music-news.com

Elton John is celebrating almost three decades of sober living. The 72-year-old music icon took to Instagram on Monday to mark the milestone, sharing a photo of his Alcoholics Anonymous (AA) sobriety coin as he reflected on how far he's come. “Twenty-nine years ago today, I was a broken man,” he wrote. “I finally summoned up the courage to say 3 words that would change my life: ‘I need help.' “Thank you to all the selfless people who have helped […]