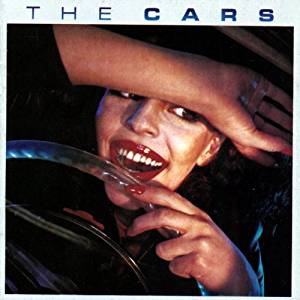 Ric Ocasek the frontman and lead singer of the rock band The Cars — has died.
Police say Ocasek was discovered unresponsive Sunday at his townhouse in NYC, and was pronounced dead at the scene — according to an NYPD spokesperson. It’s unclear for now how he might’ve died. He was reportedly found in his bed by his estranged wife, Paulina Porizkova.
Ocasek started The Cars back in the ’70s and made a name for themselves with their 1978 song “Just What I Needed.” They went on to churn out a number of hits, including “My Best Friend’s Girl,” “Good Times Roll,” “Bye Bye Love” and many others.
Their first Top 20 single, “Let’s Go,” arrived from their second album, “Candy-O” in ’79, with other hits to follow such as “It’s All I Can Do,” “Double Life” and more. Their biggest hit to date, “Drive,” peaked at Number 3 on the Billboard Hot 100 chart and topped other charts as well.
The tune was prominently featured in the 1985 event Live Aid, where it was used as the background song in a montage depicting famine in Ethiopia.
The Cars were inducted into the Rock and Roll Hall of Fame just last year, where they reunited to perform at the induction ceremony.
Ocasek is survived by his five children. He was 75.

Source: music-news.com Former Beatles bandmates Ringo Starr and Paul McCartney have reunited to record a John Lennon song. "Grow Old With Me" will feature on Ringo's upcoming album, "What's My Name" released on 25 October (19). "I really wanted Paul to play on it, and he said yes," Starr explains, revealing the inspiration to record the tune came from Jack Douglas, who produced Lennon and Yoko Ono’s "Double Fantasy" album. "Jack asked if I ever heard The Bermuda Tapes, John’s […]