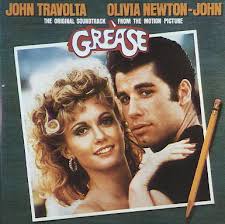 Source: music-news.com
Olivia Newton-John said it was ‘such a surprise’ that memorabilia raised over $2.4 million at auction
The 71-year-old singer-and-actress put around 500 items under the hammer earlier this month – including the iconic leather outfit she wore in the ‘Grease’ finale, which raised $405,700 – and she was stunned the souvenirs did so well as they had just been stored away gathering dust for a long time.
She said: “They were stored in cardboard boxes in storage rooms for many, many years. And some of them I hadn’t seen for a really long time. It was such a surprise.”
Olivia is currently battling breast cancer for a third time and though she regards every day as a “gift” after it spread to the base of her spine – causing a fracture which ultimately led to her needing to learn to walk again – she is staying positive.
She told the Daily Mirror newspaper: “There was a lot of concern but I was like, ‘Yes, I’m going to do this’ It is hard and I still have one foot that will always, most likely, be a problem but there’s no complaining. Every day is a gift but you realize that even more when you’ve been on a difficult journey.”
To combat her pain, the singer takes drops of cannabis produced by her husband John Easterling and she thinks the drug has “really helped”.
She said: “He makes me a mixture of 20 strains that he’s grown specifically for me and it’s really helped me. I mean I’m doing fantastic. I just take it on my tongue and it works really well, taking about an hour to go through your system. You have to go very slowly because it’s a strong medicine, but John always says to me the feeling is the healing. So, I have to always remember that. But I’ve trained my body to accept more of it and it’s obviously working.”

Source: music-news.com The late Whitney Houston's best friend has confirmed speculation she had a physical relationship with the singer. Robyn Crawford first met the 'I Will Always Love You' hitmaker - who died seven years ago aged 48 - when she was 19 and Whitney was 17 and they were both camp counselors in New Jersey and they had a connection immediately. She said: "We wanted to be together, and that meant just us... "We never talked about labels, […]