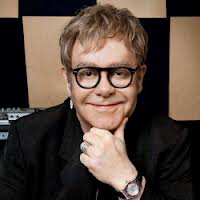 Sir Elton John refuses to play ‘Candle in the Wind’ in front of Prince William and Prince Harry
Source: music-news.com
The 72-year-old star and his songwriting partner Bernie Taupin updated the 1973 tribute song to Marilyn Monroe in 1997 after Princess Diana’s death but Elton admitted that the only time her sons have ever heard him play it live was at the late royal’s funeral.
He told Billboard: “I would have preferred not to have made the record and for her to still be alive, but it was what it was. It raised 37 million pounds for her foundation because Bernie and I gave up [our] writing credits. We sold 60,000 in India in one day, and I had never sold a record in India before. It was a memento of grief and love for her. I didn’t play that song for a couple of years on the road because it was too close to home. Other than at Princess Diana’s funeral, I’ve never, ever played it in front of Prince William or Prince Harry. Even the Marilyn Monroe version, I wouldn’t play it in front of them.”
Elton also revealed that he has been surprised many times in his career by the success of his music.
He explained: “‘Bennie and the Jets’ and ‘Don’t Let the Sun Go Down on Me’, I couldn’t see them as singles. I wanted ‘Candle [in the Wind]’ to be the third single from ‘Goodbye Yellow Brick Road’ and the record company was trying to persuade me for so long [to put out ‘Bennie’]. Finally, they said, ‘What if we were to tell you it was a No. 1 R&B record in Detroit?’ I went, ‘Are you kidding me? I’m on black radio. Put it out.’
“I liked ‘Don’t Let the Sun Go Down on Me’, but I didn’t see it as a single ever. [On] AM radio, you had two minutes, 30 seconds, maybe two minutes, 45 seconds. And I think what we did with ‘Philadelphia Freedom’ and ‘Don’t Let the Sun Go Down On Me’, we put out 6-minute records and radio played them and a lot of them didn’t edit it. I think that was a big turning point for radio. I was surprised ‘Don’t Let the Sun’ [was] a No. 1 record because it was so long and it was so slow. I think we changed AM radio and making long singles possible.”

Source: music-news.com Olivia Newton-John said it was 'such a surprise' that memorabilia raised over $2.4 million at auction The 71-year-old singer-and-actress put around 500 items under the hammer earlier this month - including the iconic leather outfit she wore in the 'Grease' finale, which raised $405,700 - and she was stunned the souvenirs did so well as they had just been stored away gathering dust for a long time. She said: "They were stored in cardboard boxes in storage rooms […]