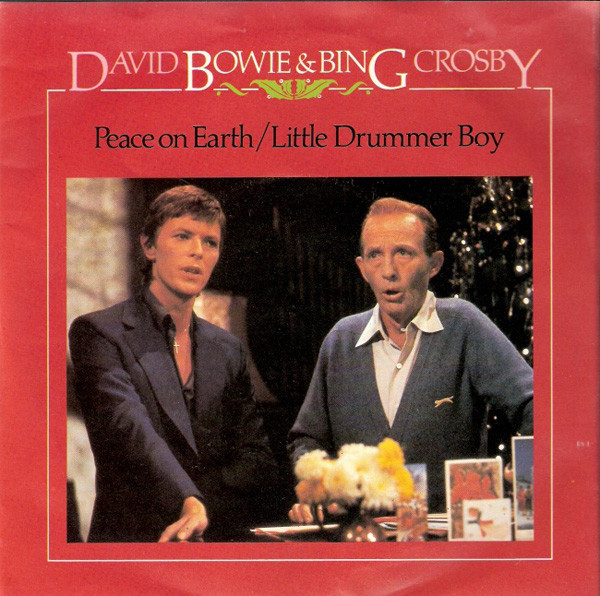 From: music-news.com
David Bowie convinced to do Bing Cosby duet by his mother!
Bing’s daughter, former ‘Dallas’ star Mary Crosby, has revealed that Bowie had doubts about recording the 1977 festive hit ‘Peace on Earth/Little Drummer Boy’ with her dad but his mum Peggy Jones told her rock star son that he had to sing the song on his Yuletide television show because she was such a huge fan of the American entertainer.
Speaking to The Sun newspaper, Mary recalled: “David wasn’t going to do the show and his mum said, ‘No, you have to work with Bing Crosby!’ She was a fan. She was like, ‘You have do this.’ ”
Luckily, Bowie took his mother’s advice and went on to record one of most popular ever Christmas songs. However, the late hit maker wasn’t the only one who had reservations about the collaboration.
Bing’s children Mary, 60, and Harry, 61, – who he had with his second wife Kathryn Grant – were both concerned about the two singers vastly different musical styles and fashion choices.
Mary explained: “When David walked into the studio with his wife, they were both wearing full-length mink coats, full make-up and had short, bright-red hair. Harry and I looked at each other and we were like, ‘Oh wow! How is this going to work?’ ”
Meanwhile, a brand new album, ‘Bing at Christmas’, which sees Bing’s vocals combined with newly-recorded orchestral arrangements, performed by the London Symphony Orchestra has been released alongside a campaign to get it to number one.
Tom Lewis, Vice President of Decca Records, said: “There is Christmas magic in Bing Crosby’s voice – he will always be THE voice of Christmas, and these new recordings have him sounding better than ever.”
And Mary – who was just 18 years old when her father died in 1977 at the age of 74 – believes the album has bought her father Bing “back to life.”
She said: “It sounds like he’s been brought back to life. Thank God for technology! He’s more himself than ever before.”

Source: music-news.com Sir Paul McCartney has recorded a Christmas album but he's never going to release it. The Beatles legend - who has been married to third wife Nancy Shevell since 2011 - has revealed he made a Yuletide LP just for his family, but unfortunately for his fans, he has no plans to share it with the world. He said: “Years ago I thought, there’s not very good Christmas records. So I actually went into my studio over a […]