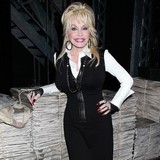 Dolly Parton is doing her best to “think ahead” by creating music to be released after her death.
The country music legend won’t consider the thought of retiring, because she loves her job too much, but has started looking to the future and the legacy she will leave behind.
In the last installment of nine-episode podcast Dolly Parton’s America, Dolly admitted she’s trying to think about how her music can live on even when she’s no longer alive.
“There’s enough stuff to go on forever with my music, to do compilation albums, to do, actually, new and original stuff, and I am purposely trying to put songs down for that very purpose,” she explained. “To have a click track and my vocals, to where any arrangement can be done. So I think ahead.
“Anybody could produce that. Anyone, any producer in the world – a hotshot producer, when I’m gone, they could take my songs, just the click track of my vocal, and build a complete arrangement around that. So that will go on forever… I hope my music will be left behind. I hope it will always live. I think a lot of that other stuff may fall away. But I would like to think that I’ve left some good pieces of music.”
While some might consider Dolly’s plan somewhat morbid, she added that she doesn’t want to leave things like Aretha Franklin or Prince by not being prepared.
In addition, the 73-year-old hopes she’ll be given the opportunity to continue making music in the afterlife.
“I believe that we’re all part of that great divine plan, and I’m hoping to get on up there and do some more writing and singing,” the Jolene hit maker smiled. “Play with those golden harps and write some more songs and have my own mission, and walk them golden streets of glory and keep doing it forever and ever and ever.”
Source: music-news.com

Stewart Copeland says he and former Police band mate Sting "get on famously" - when they are not in a band together. The group - which also featured guitarist Andy Summers - split in 1984 after releasing five albums, and the group's former drummer has admitted the "conflict" cost them their friendship, until they later realized that it was their differences over music that was causing their rift. The 67-year-old told the latest issue of Radio Times magazine: “For Sting, […]