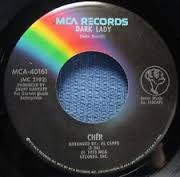 source: music-news.com
Cher is glad her “Here We Go Again Tour” was shut down in March, because the pop legend knew how dangerous the coronavirus crisis was going to be.
The 73-year-old singer icon was on the road when her March 12 concert in Oklahoma was cancelled and she knew instinctively that government officials were making the right decision to shut everything down.
“I knew more than most Americans because I had friends in Italy who were doing live shows when it was there, and everybody had to just get out,” she tells Billboard. “We were lucky we didn’t all come down with it because my dancers and I were literally two inches away from each other, breathing right into each other’s mouths onstage.”
Cher headed home to Malibu, California to start self-isolating and after a few days of rest and relaxation, she headed to her recording studio to rework Abba’s classic “Chiquitita” as her first Spanish-language song.
“I knew I wanted to do something,” she says. “I actually started learning and rehearsing the song when I was in England last year but didn’t record it then.”
The new track will debut on May 8 and the video will premiere as part of UNICEF’s COVID-19 Virtual Special.
“UNICEF called and I told them I would donate my proceeds from the song…,” Cher tells Billboard. “I shot my part of the video at home and they later sent me the final cut with children from around the world in it. It’s such a beautiful, optimistic experience. It’s great when you can see anything positive now because all of the turmoil we are in.”

Mick Jagger is amused whenever Paul McCartney insists The Beatles were better than the Rolling Stones because he is adamant there is no comparison. The age-old question is one that has entertained music fans for decades, and McCartney recently reignited the debate by claiming the Fab Four's wider appeal made them the superior group. "(The Stones) are rooted in the blues," the Hey Jude hit maker recently told U.S. shock jock Howard Stern. "When they are writing stuff, it has […]