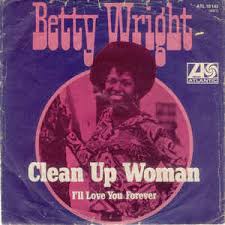 The music industry is suffering from another significant loss as sources close to Betty Wright’s family have confirmed her passing. She was 66.
Known for R&B classics such as “Tonight Is the Night” and “No Pain, (No Gain),” Wright’s ubiquitous 1972 single “Clean Up Woman” would be immortalized in hip hop soul history when it was sampled for the remix of Mary J. Blige’s “Real Love.”
Born Bessie Regina Norris, Wright’s early singing career started by performing with the Echoes of Joy, her family’s gospel group in Miami, Florida. By the age of 15, she released her first solo album My First Time Around and had her first Top 40 song “Girls Can’t Do What the Guys Do.”
Wright won a Grammy Award in 1974 for best R&B song, “Where Is the Love?”
She was also the female voice on Peter Brown’s million seller “Dance with Me” from 1978.
Throughout the late 70s and early 80s, the singer-songwriter would continue releasing music and her 1988 hit “No Pain, (No Gain)” would be Wright’s last significant song on the charts in a career spanning five decades. But this did not stop Wright, who would continue performing, writing and producing, as well as being an active member of The Recording Academy.
A newer generation knew her from the Making the Band reality series, where she appeared as a vocal coach.
Although the cause of death has not been released, singer Chaka Khan asked for prayers for Wright on May 2: “Calling all my #PrayWarriors. My beloved sister, Betty Wright @MsBettyWright, is now in need of all your prayers. “Que Sera, Sera | Whatever Will Be, Will Be” In Jesus Name We Pray for Sister Betty, All My Love Chaka.”
Wright’s family respectfully asks for privacy at this time.

Source: TMZ Little Richard, a giant in the early stages of Rock 'n' Roll and beyond, has died. Richard had enormous influence over the genre, with insanely popular hits like the fantastically frenetic, "Tutti-Frutti" and "Long Tall Sally." The Beatles have credited Richard as being inspirational to the Fab Four. Richard's bass guitarist, Charles Glenn, tells TMZ ... Richard had been sick for 2 months. He died at his Tennessee home, surrounded by his brother, sister and son. Glenn says […]