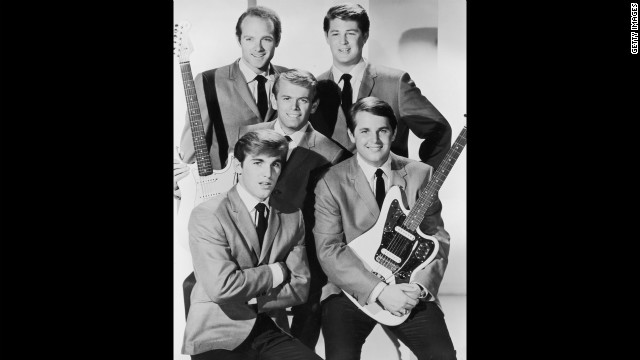 Source: music-news.com
Cousins Mike Love and Brian Wilson are close to putting their differences aside for another Beach Boys reunion tour.
The surviving members of the group have been touring separately in two Beach Boys bands since their 50th-anniversary tour ended in 2012, but Love tells Rolling Stone he is open to the idea of another get together to mark the 60th anniversary of the band’s first hit in 2021.
“I’m not against anything like that,” he says. “Anything that’s creative and done for positive reasons is good with me. We will continue thinking about stuff like that and see what we can do.”
Al Jardine has already made it clear he’s up for a reunion, telling Chicago Concert Reviews in March, “Oh, it will happen. We’ll probably do about 20 or 30 (shows) together next year.”
Love adds, “He (Jardine) and I have spoken, but not about that specifically. Al’s a really good singer, but he’s been traveling and performing with Brian Wilson (and) Brian has some serious health issues.”
Wilson has yet to comment publicly on the possibility of another reunion and his manager, Jean Sievers, insists he hasn’t been approached about a 60th-anniversary tour.”
Wilson postponed a 2019 tour due to mental health issues, but he played a handful of shows earlier this year.
Meanwhile, Love recently released an uplifting new song to raise fans’ spirits amid the coronavirus doom and gloom. He wrote This Too Shall Pass as “a fun way to encourage positivity during this unprecedented time”.
The song, featuring actor pal John Stamos on drums, dropped on 1 May (20) and proceeds from download sales will benefit Feeding America’s COVID-19 Response Fund to help food banks across the country as they support communities impacted by the pandemic.

The music industry is suffering from another significant loss as sources close to Betty Wright’s family have confirmed her passing. She was 66. Known for R&B classics such as “Tonight Is the Night” and “No Pain, (No Gain),” Wright’s ubiquitous 1972 single “Clean Up Woman” would be immortalized in hip hop soul history when it was sampled for the remix of Mary J. Blige’s “Real Love." Born Bessie Regina Norris, Wright’s early singing career started by performing with the […]