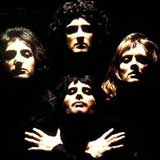 London (CNN) Queen guitarist Brian May has revealed that he was rushed to the hospital by his doctor after suffering a heart attack. In a video posted to Instagram on Monday, May revealed that in addition to injuring his buttocks in a gardening incident earlier this month, he had also recently suffered from serious heart problems.
The 72-year-old musician described the “saga” of incidents that had befallen him in May, starting with injuring his buttocks.
“I had an MRI and yes I did have a rip in my…my gluteus maximus,” he said in a video Monday, noting that he assumed the injury was the cause of the pain he was feeling.
However, a week later, the rocker said he was still in “agony,” leading him to have an MRI of his spine, which revealed a compressed sciatic nerve. The nerve, May said, was “quite severely compressed and that’s why I had this feeling that someone was putting a screwdriver in my back.”
But that’s not the end of the story — while still enduring buttock pain, the Queen guitarist revealed he suffered a heart attack.
“In the middle of the whole saga of the painful backside I had a small heart attack,” he said, adding that he endured around 40 minutes of pain and chest tightness.
In the video, May revealed that his doctor drove him to the hospital, where he found out he had three blocked arteries, and was treated by medics as an “emergency case.”
“I actually turned out to have three arteries which were congested and in danger of blocking the supply of blood to my heart,” he said.
Though some recommended he have a triple heart bypass, the musician told viewers that he opted to have three stents — short, wire-mesh tubes that act like a scaffold to help keep an artery open — put in.
May said that after an “incredible operation” by medics, he walked out of the hospital, feeling remarkably well.
“When I came around, it was as if nothing happened — I couldn’t feel that they’ve been in here, I couldn’t feel anything,” he described.
Last month, May, drummer Roger Taylor and singer Adam Lambert teamed up to release a new version of the iconic Queen song “We Are the Champions” — renamed “You Are The Champions” — in support of frontline workers fighting coronavirus.
All proceeds made from the song will go toward the Covid-19 Solidarity Response Fund for the World Health Organization.
Queen and Lambert, who now sings in place of deceased frontman Freddie Mercury, were scheduled to be on the European leg of their Rhapsody tour before the coronavirus pandemic led them to postpone the dates.
In the caption to the video, Brian joked about his medical issues mirroring the title of Queen’s 1974 album Sheer Heart Attack.
“Hmm… Sheer Heart Attack eh ? Well, I think I always worried a little bit about that album title,” he wrote. “I wondered if it might upset some people who had actually had heart attacks. I’m actually quite relieved now that I’m in that club – and I don’t find it upsetting at all! Take care folks.”

Source: music-news.com Cousins Mike Love and Brian Wilson are close to putting their differences aside for another Beach Boys reunion tour. The surviving members of the group have been touring separately in two Beach Boys bands since their 50th-anniversary tour ended in 2012, but Love tells Rolling Stone he is open to the idea of another get together to mark the 60th anniversary of the band's first hit in 2021. "I’m not against anything like that," he says. “Anything that’s […]