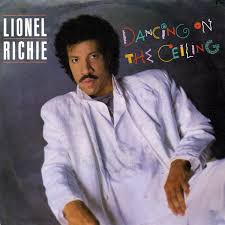 Source: music-news.com
Lionel Richie tapped his three kids for their honest feedback on his new perfume.
The 70-year-old music legend launched the line of his and hers scents, called Hello by Lionel Richie, back in February, and enlisted the help of his children, Nicole, Miles, and Sofia Richie.
However, he refused to tell them it was his perfume they smelt when he tried to get their seal of approval.
“They are so brutal! Without saying what I was doing and that this was mine, (I asked) them ‘What do you think about it?’ (They said) ‘Yeah dad, I like this! What is it?’” he told People, noting that his youngest daughter, model Sofia, had the most enthusiastic response to his scent collection.
“It’s called the blind test. You don’t ever put or say your name is on it ’cause then they’ll really mess you up. If they’re police, that’s the worst. They’re lying. Once I put (it past their test), I knew we had something,” the American Idol judge laughed.
Although he managed to work secretively on the project, he did have help from his girlfriend Lisa Parigi, who was an important part of the creative process alongside the All Night Long hitmaker.
“I wanted to make sure this was true to me. She was there from the beginning. I was in my little room by myself because I didn’t want anybody to influence me. It’s like writing a song. But Lisa was the first line of attack,” he explained.

Source: music-news.com Judges at South Carolina's Supreme Court have ruled James Brown's final partner is not entitled to a share of his fortune because their marriage was not legally binding. Tomi Rae Hynie has been fighting for a cut of the Godfather of Soul's estate ever since his death on Christmas Day in 2006, even though it was his dying wish to leave nearly all of his assets to a children's education foundation to fund scholarships. Hynie, who had a […]