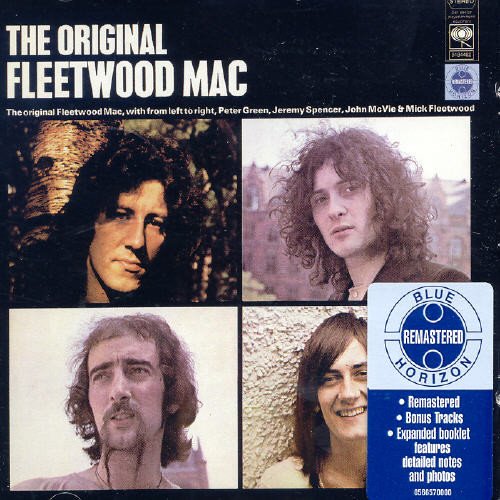 Source: music-news.com
Fleetwood Mac co-founder Mick Fleetwood has paid tribute to former bandmate Peter Green, who died on Saturday at the age of 73.
Green and Fleetwood formed the band with guitarist Jeremy Spencer and bassist John McVie in 1967, and hours after the news of the British blues icon’s death, the drummer called his loss “monumental”.
Fleetwood told Rolling Stone, “Peter was the man who started the band Fleetwood Mac along with myself, John McVie, and Jeremy Spencer. No one has ever stepped into the ranks of Fleetwood Mac without a reverence for Peter Green and his talent, and to the fact that music should shine bright and always be delivered with uncompromising passion.”
Green was one of eight Fleetwood Mac members inducted into the Rock and Roll Hall of Fame in 1998. He and Fleetwood co-founded Fleetwood Mac after becoming bandmates in John Mayall’s Bluesbreakers.
He quit the band in 1970 amid his struggles with mental health, which were exacerbated by his use of psychedelic drugs.
Earlier this year, Fleetwood recalled the last time he and Green spoke: “It was about a year and a half ago. I went out with my girlfriend, and spent the day with him. He’s not the Peter that I knew, clearly. But he plays acoustic guitar. He loves painting, and fishing is his hobby.
“It’s no secret that he took a left turn and never came back, but he’s OK. He also has really little or no ego at all, which is unbelievable. You want to go, ‘Do you realise what you did…?’ He has no ego about what he did.”
In his statement following Green’s death, Fleetwood added: “Peter, I will miss you, but rest easy your music lives on. I thank you for asking me to be your drummer all those years ago. We did good, and trailblazed one hell of a musical road for so many to enjoy. God speed to you, my dearest friend.”
There have also been tributes to Green from Whitesnake star Bernie Marsden, Gene Simmons, Billy Idol, and Peter Frampton, who tweeted: “Most sadly have lost one of the most tasteful guitar players ever I have always been a huge admirer of the great Peter Green may he rest in peace (sic).”

(CNN) Tina Turner is back with a remix of her classic hit, "What's Love Got To Do With It?" Turner worked with Norwegian producer DJ Kygo on a remix of the song. Kygo last year made a remix of Whitney Houston's cover of "Higher Love," which hit the Billboard Hot 100 chart. Kygo announced the news on Instagram, including a picture of himself with Turner, writing that the song will be available on Friday. "Can't believe I'm releasing a collab […]