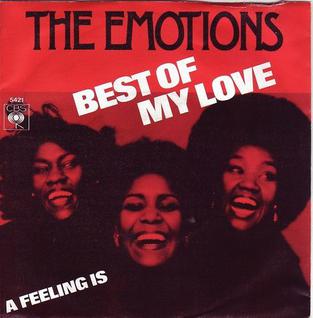 Source: (CNN)
Pamela Hutchinson, famed R&B singer with family group “The Emotions,” has died at the age of 61, according to a post on the band’s official Facebook page Sunday.
“Pam succumbed to health challenges that she’d been battling for several years,” the post read. “Now our beautiful sister will sing amongst the angels in heaven in perfect peace.”
Hutchinson died on Friday, the post said, while asking fans and friends to respect the family’s privacy.
“We appreciate all kind words, photos, and videos you may want to post for our beloved Pamela and of course your loving prayers,” it read.
They were best known for the song “Best of My Love,” which reached number one on the Billboard Chart in 1977.
Other hit singles include “I Don’t Wanna Lose Your Love,” “Don’t Ask My Neighbor”” and “Flowers”
The Emotions also collaborated with disco group “Earth, Wind & Fire” as backing singers on the song “Boogie Wonderland.”
The group had their first Top 40 hit on the Stax label in 1969, “So I Can Love You.”

Source: music-news.com Stevie Nicks: 'Losing Ruth Bader Ginsburg is like losing my mother' Stevie Nicks has lamented that she never got to "stand in (the) grace" of iconic U.S. Supreme Court Justice Ruth Bader Ginsburg following her death. The 87-year-old judge, a champion of gender equality and women’s rights, who lost her battle with pancreatic cancer at her home in Washington, D.C., on Friday, and the Fleetwood Mac front woman posted a heartfelt diary entry on her social media pages […]